Time for a bit of a catch up!

Last talked about was front suspension bushes and as advised I bought some required replacement parts which may or may not have been needed.
Opinions: 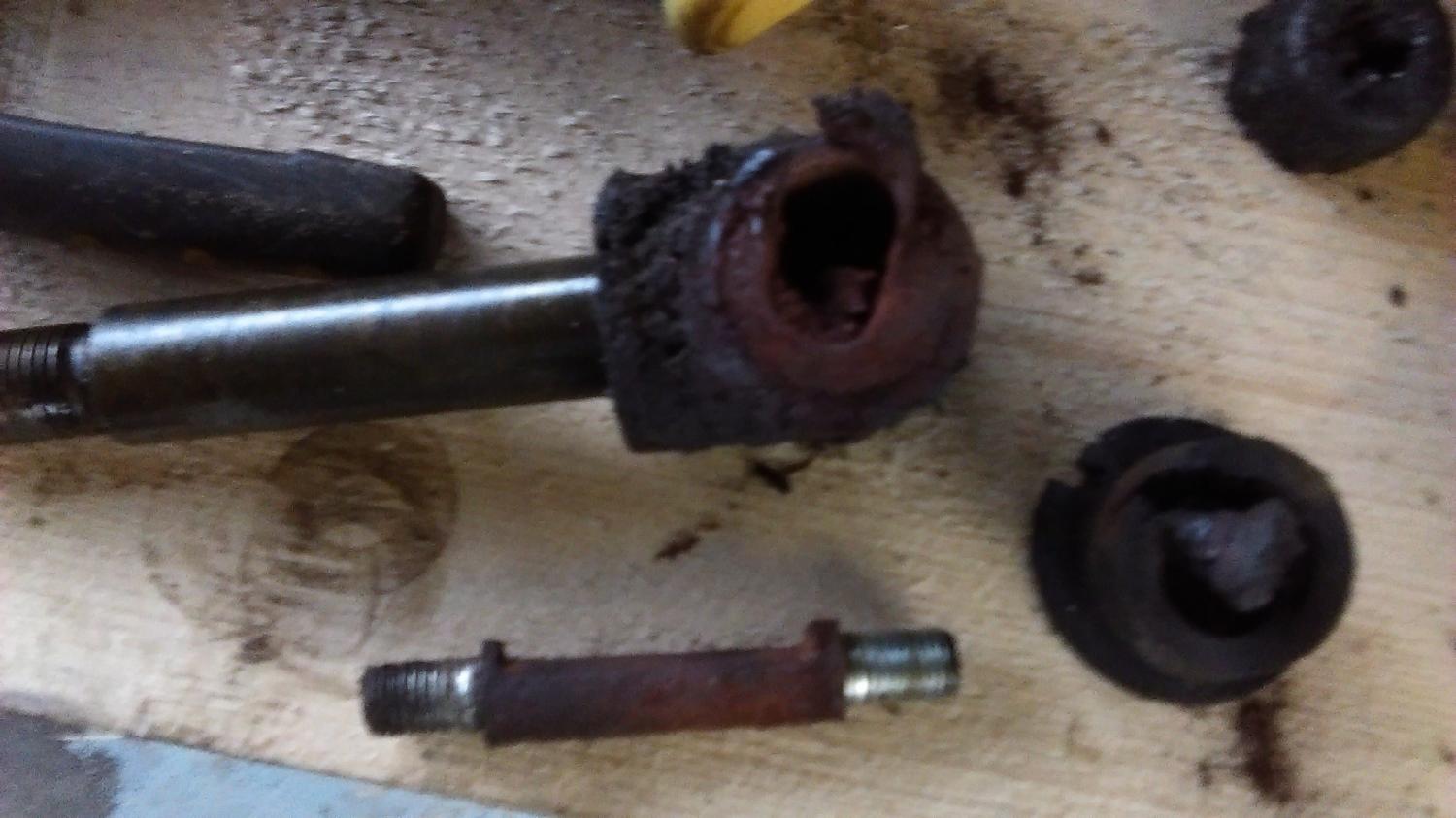 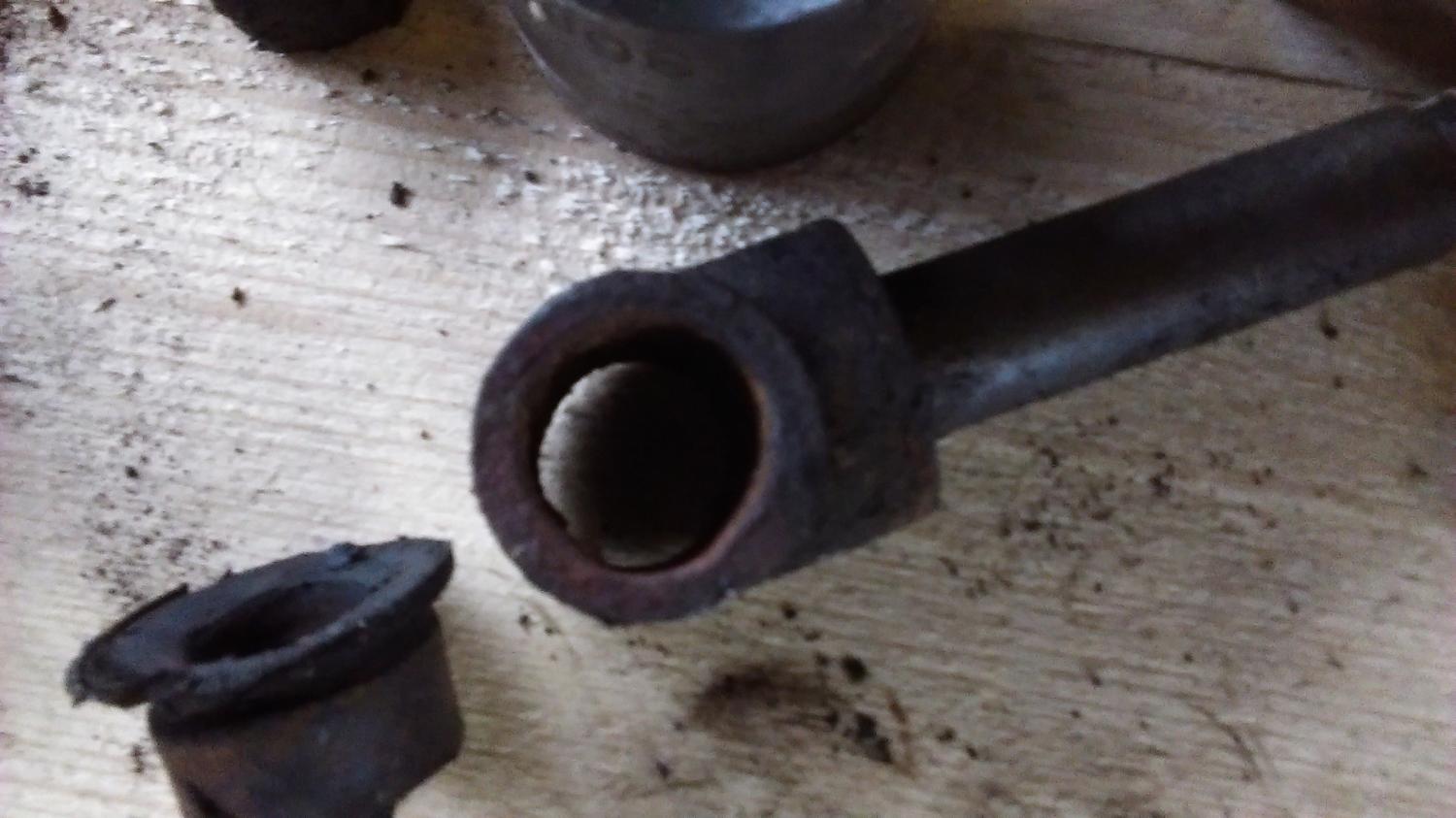 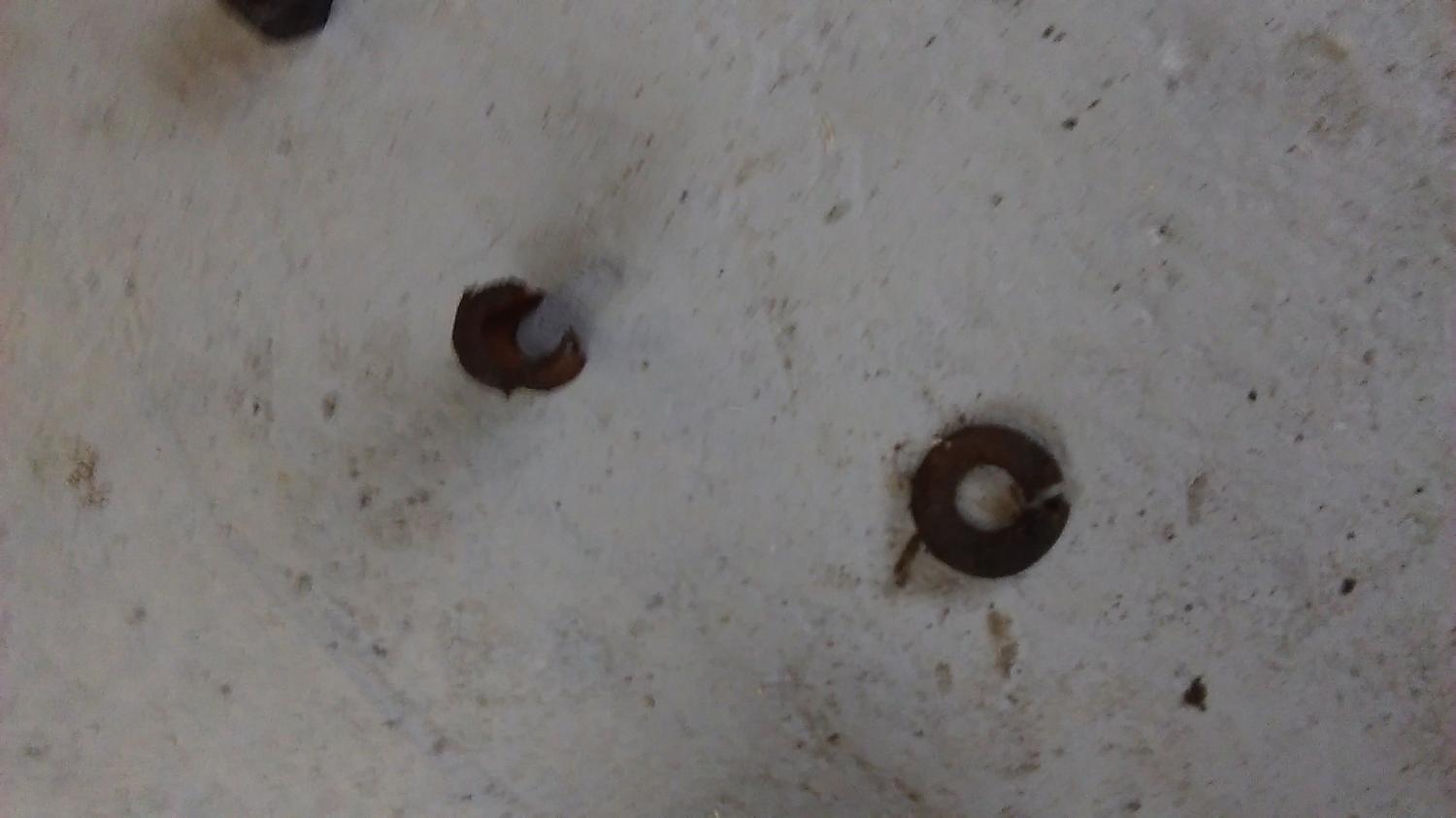 So nothing wrong with them

New parts were placed in the suitable places.
The first side took me almost two hours and the second only about 20 mins so was happy enough with that.

Next on the agenda was to change the exhaust which was rather rusty and had suffered a little but of damage when doing the above work which resulted in a rather large pile of rust which used so aid the passage of gas from front to back. It didn't tale long to remove the exhaust and to get it to clear the rear axle I broke it in two by hand! Super strength was not required for this though as it just about fell apart. 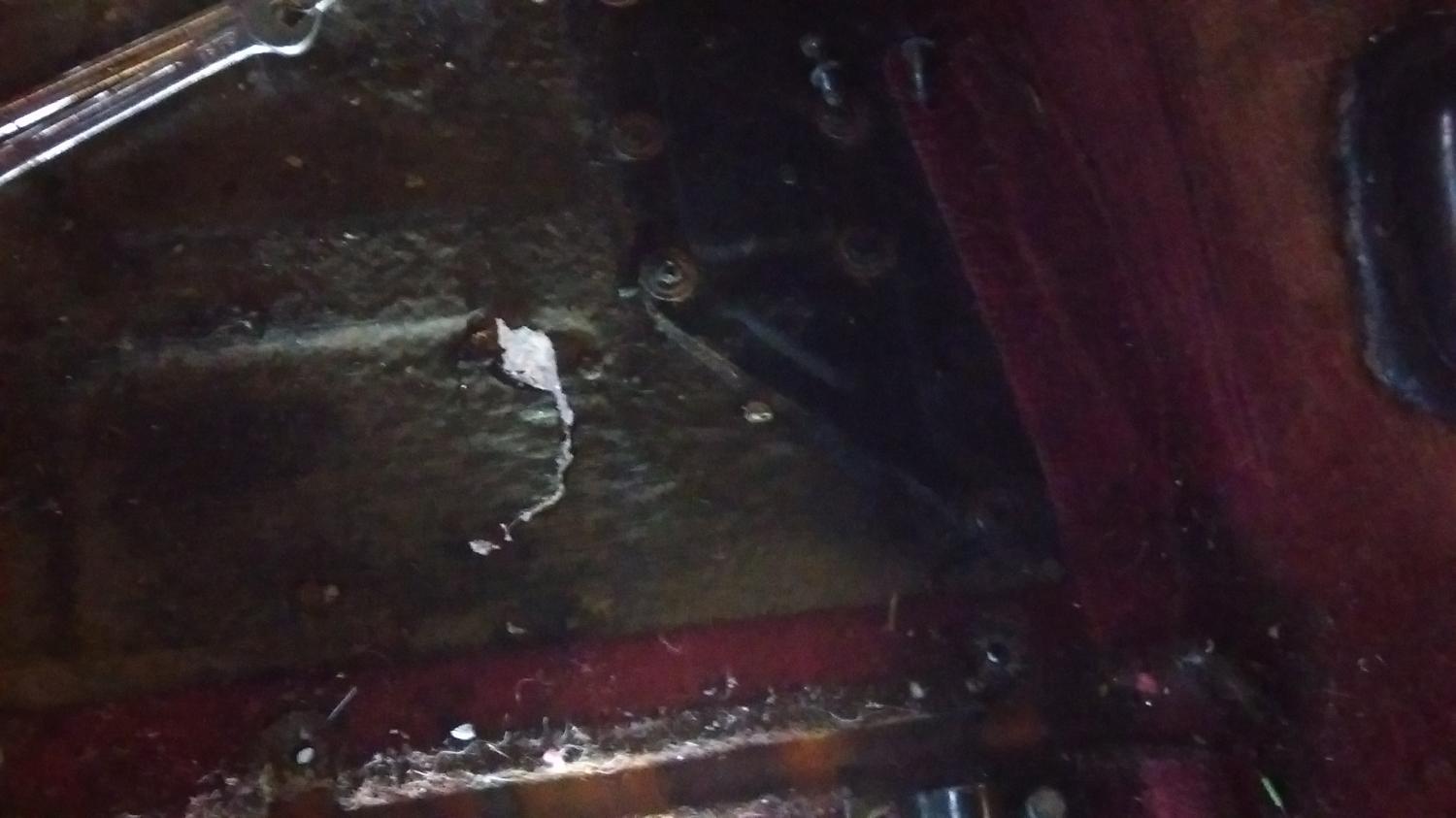 The metal was so thin it felt as strong as a Coke can. Obviously having a wet heat shield next to the metal of the floor had not been great for the floor.
I then did this to it: 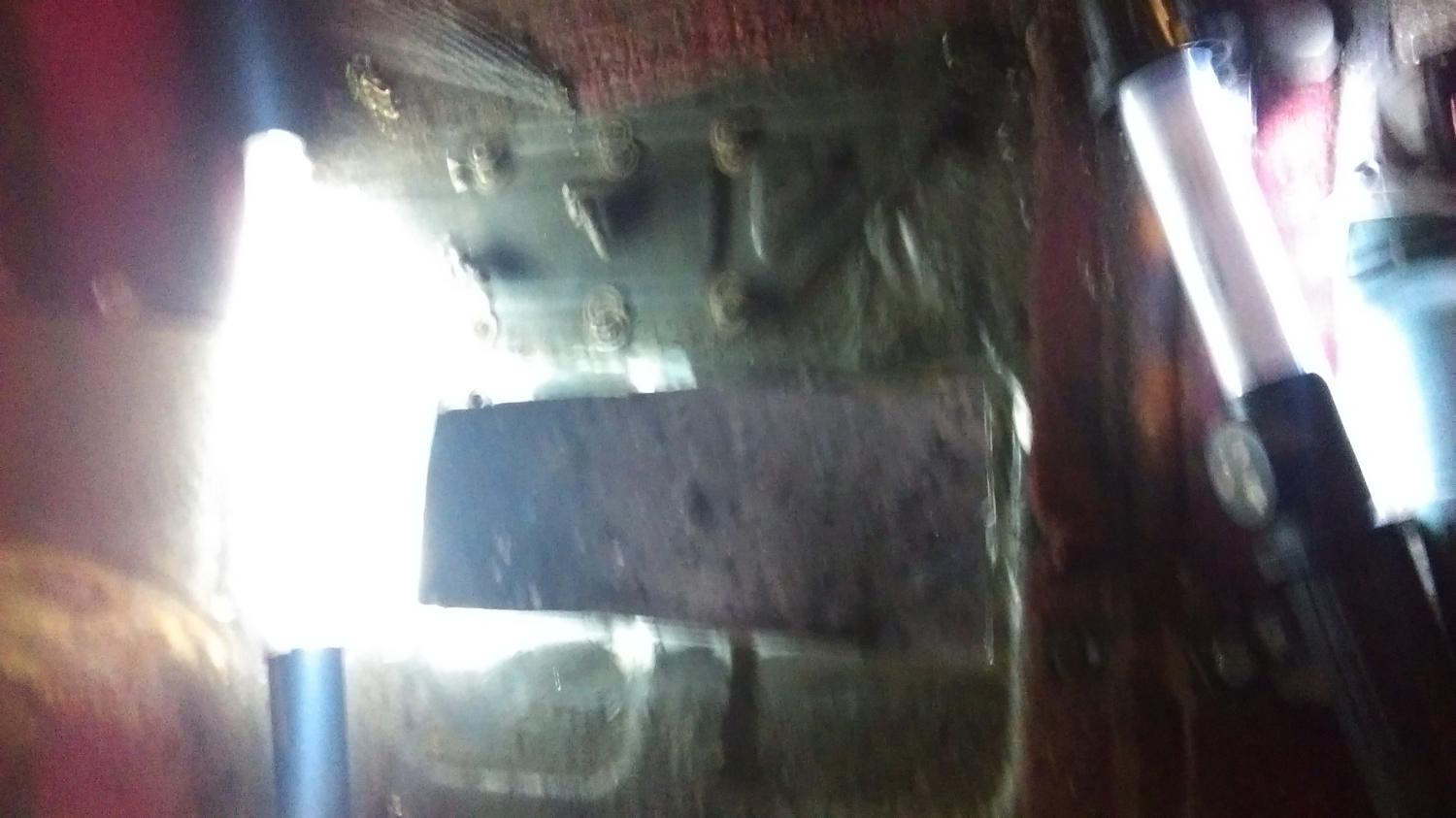 I employed my superb photography skills for both of these pictures and then decided I didn't need to take any more.
Now imagine a piece of metal welded in.

Now the 'last' thing I needed to do was the Diff pinion seal which was weeping at MOT.

Pictures were not even considered at this point as I was cold, tired and uncomfortable.
With the prop out of the way I got a suitable socket on the large nut with a breaker bar, all this did was make the car move on the ramps!
I had to use my high quality Aldi pneumatic rattle gun which I had been dying to use for ages. What a brilliant piece of kit. Without this I think I would still be under the car probably crushed to death.
Seal prised out and new one fitted, all put back together and axle refilled.

After the last thrilling update I took her out for a test run on which she not only let me but herself down by basically breaking down.

The sensible thing to do was put her back in the garage and walk away so that is exactly what I did.

Thinking about the problem I decided that it was ignition related and was talking to Pete on the way through to the meet last month and decided that an electronic distributor was what would sort it out. This was ordered and quickly delivered. Finally I got round to fitting it.

Result are very good, I played about with setting the timing and it was running well. I need a new connector for the vacuum pipe but that is all. Once that arrives I will tidy up the wires and move onto finding the knocking from the front which is only there after changing all the bushes.
I have been over the front suspension twice looking for anything loose/worn but have not found it yet! Any ideas that might not be obvious?

A bit of this happened today: 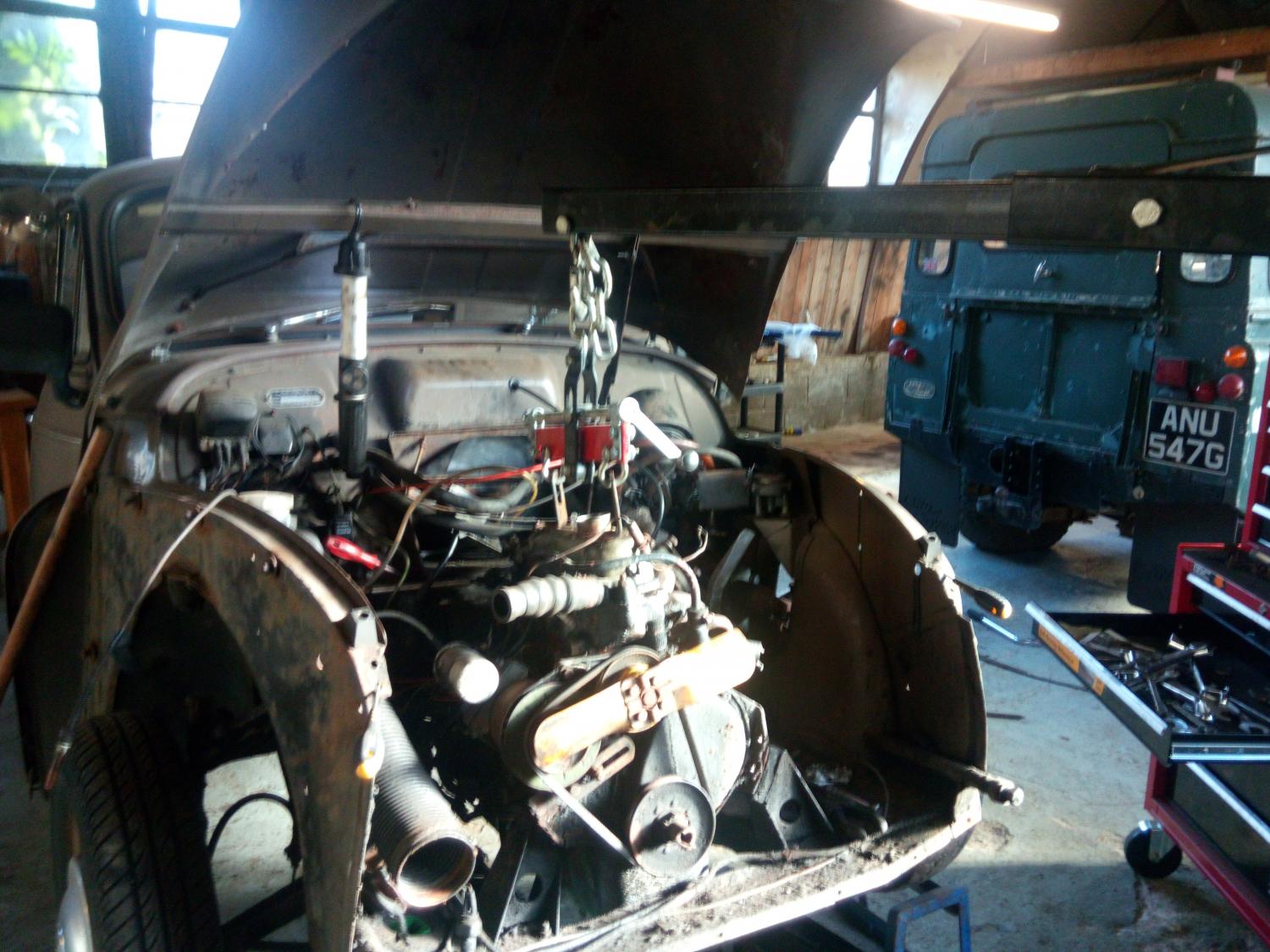 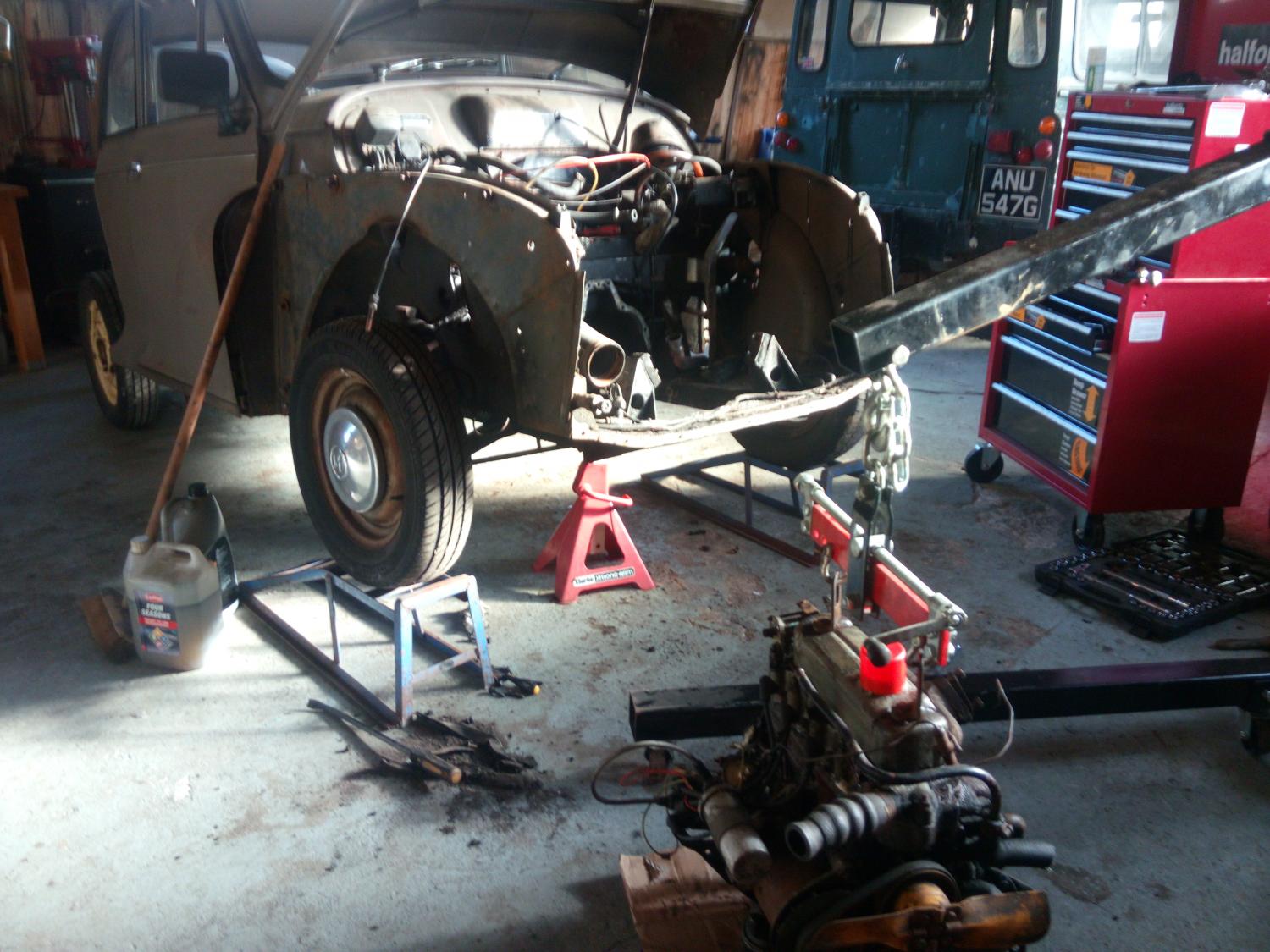 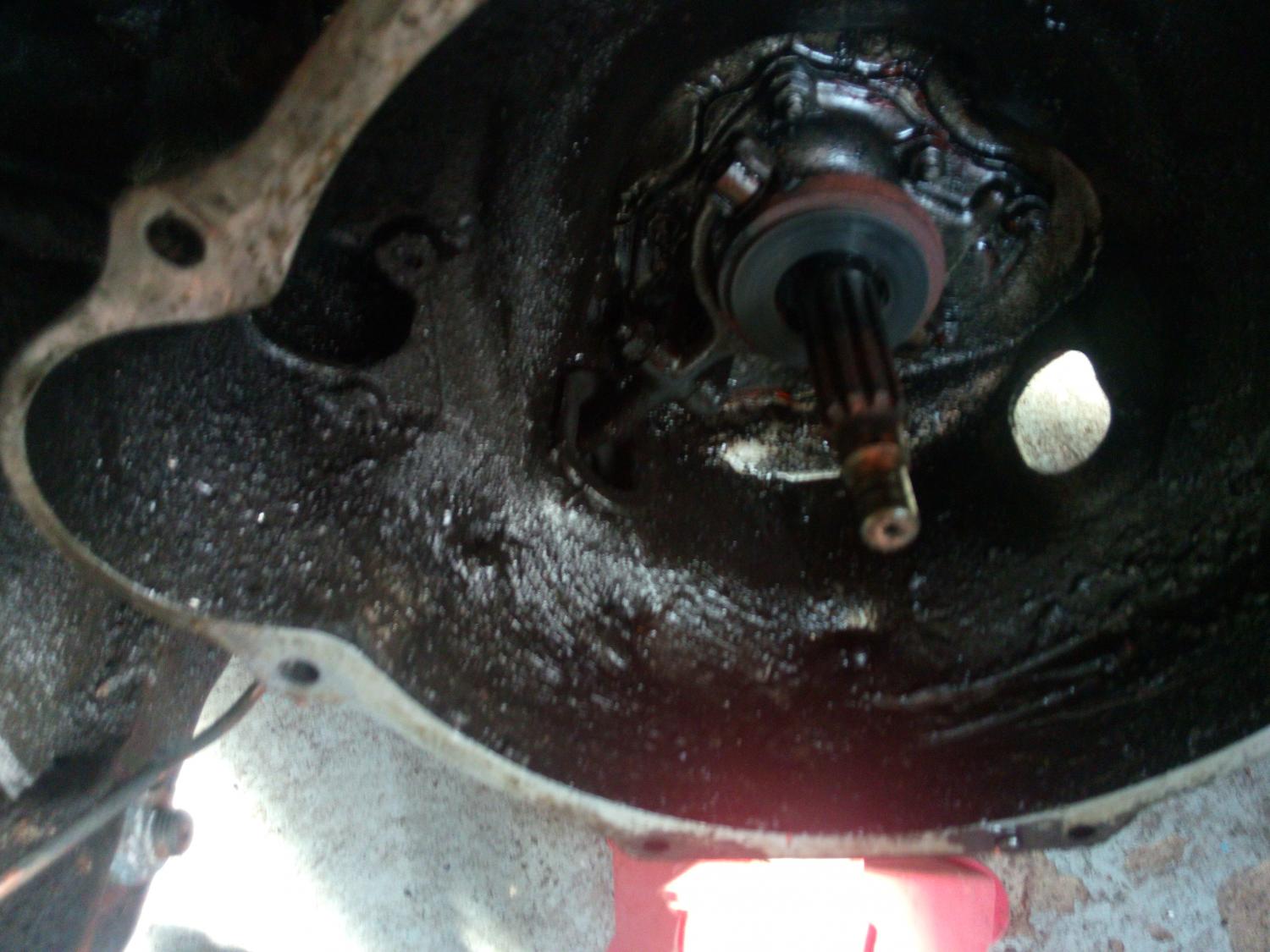 A lot of cleaning up is needed in the area and the plan is to get the gearbox out next before cleaning up as much as I can.

A mixture of oil, clutch dust (friction plate and carbon thrust bearing) and filings from flywheel and starter pinion.

Usually cleans out quite easily with suitable brush and paraffin/jizer etc.

Well it has been a while since Gwen got some attention!
She needs some work which is of the 'a stitch in time' nature.

I luckily have the facility to park her up and ignore her for a long period of time but eventually the time comes when I need to get on with it. That was today. 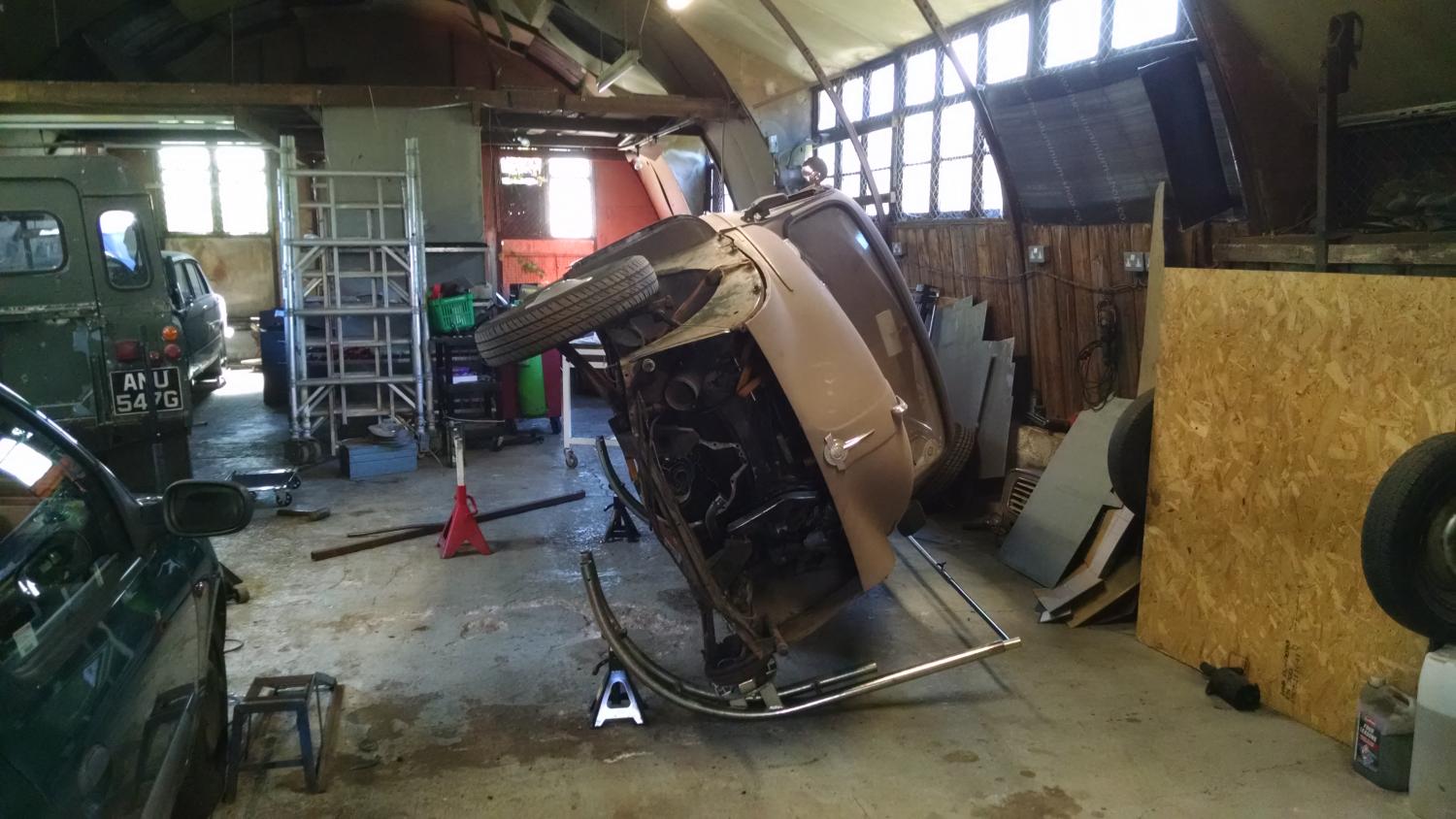 It was a bit odd getting to that point but access is amazing. 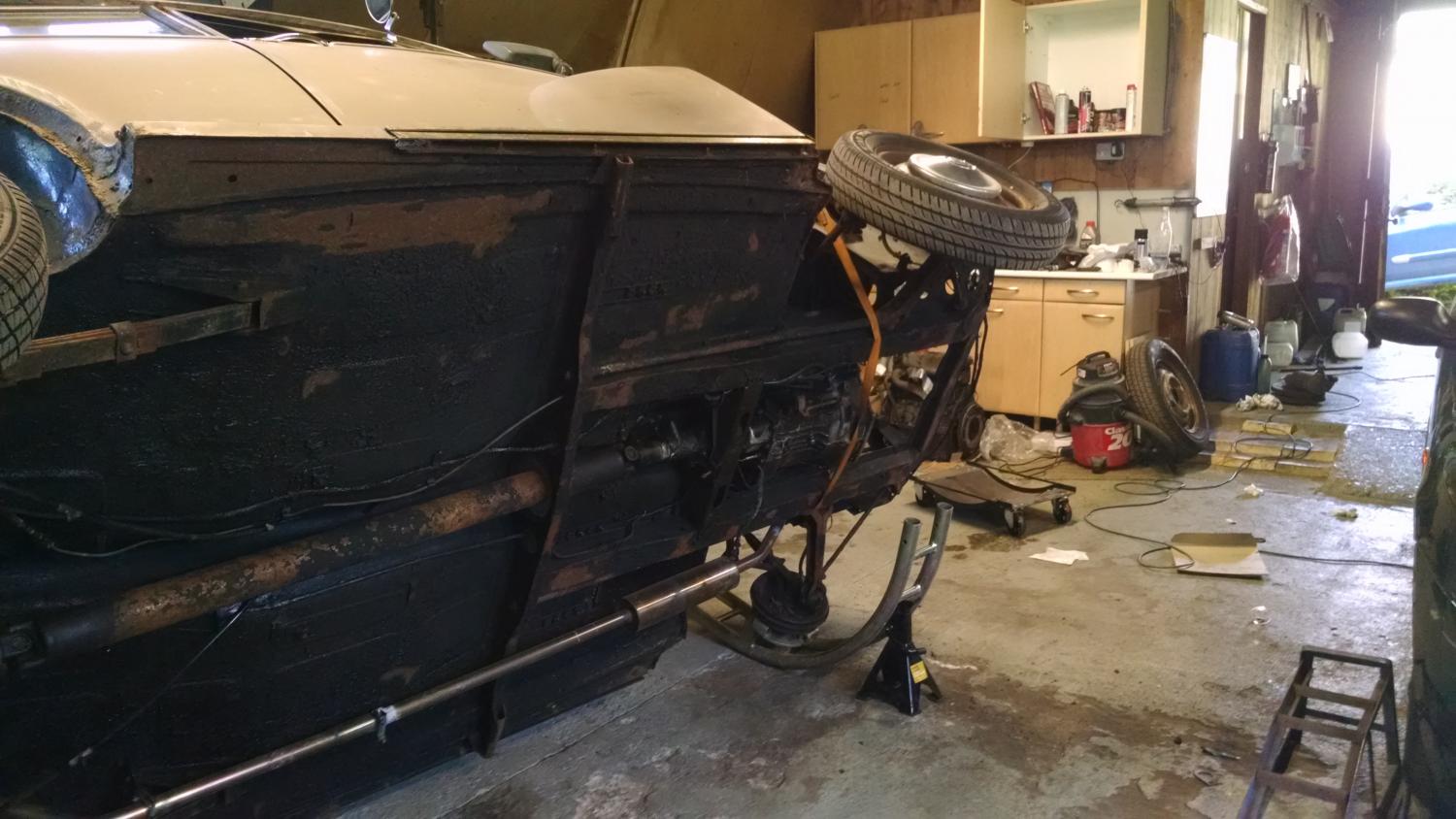 That is only about an hours worth of scraping to get the top half cleaned off! 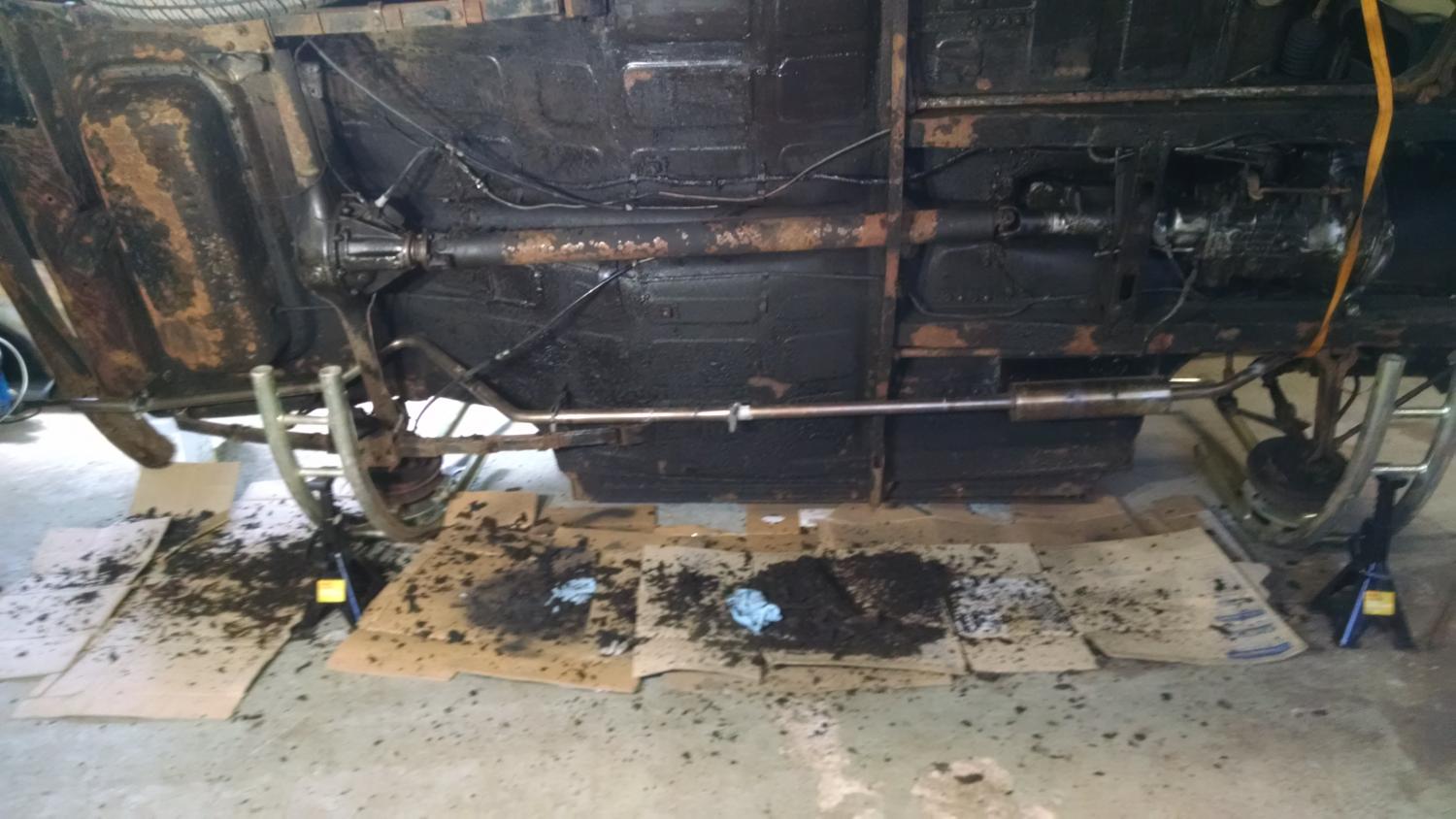 Obviously plenty more to do but a bit at a time might see it actually get done!

Glad to hear Gwen is getting some attention, have fun cleaning the next half!!