You might want to test your circuit before installing it. Set a multimeter to 'beep mode' and putting the terminals of the multimeter in the relevant outputs on the circuit board, whilst connecting the 12V and GROUND wires to a battery. If you don't have a multimeter you could use an old car bulb holder and bulb with wires into the outputs. Either way, your beep or your lightbulb will go on and off, and you can play with the 2 adjusters to make the beep/flash last longer, and happen less often.

Because the wipers as standard just use an 'on/off' switch, you'll need to replace that with a headlamp switch so that you can have the first click (sidelights) as intermittent and the second click (headlights) as constant running. So find yourself one of those switches.

I'm not sure how or if the 'pull type' switches differ from the later toggle switches. I used the later type, and that's what my diagrams are shown for. If you want to use a pull switch, you'll have to play around with one to work out which pins are live depending on switch position.

Now you've got your circuit board and your switch, you're ready to fit it to the car.

As standard (in very basic terms), this is how the wiper motor switch is wired: 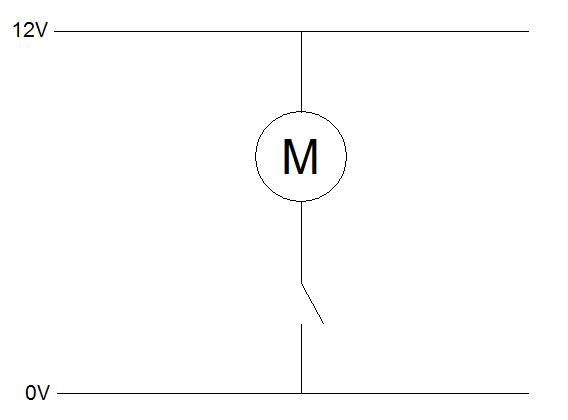 Flicking the switch completes the circuit and the motor runs (Note - this is ignoring the 'park' circuit for the wipers, which doesn't concern us).

The following circuit is how you wire the new circuit board in: 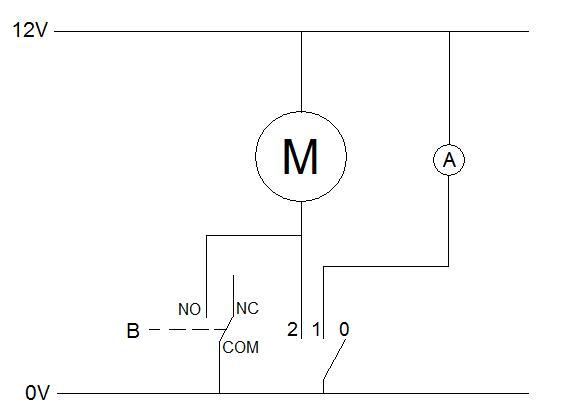 With 0, 1 and 2 relating to the following switch terminals: 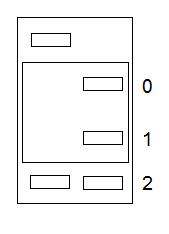 Which might look a little daunting, but I'll break it down.

'A' can be thought of as the circuit board itself. The board requires it's own live and earth. You give it a live feed from a spare terminal on the ignition side of the fusebox - but don't let this fool you into thinking the board is always live. It's not, because your new switch controls the earth of the circuit board.

In position 0 the switch is off, and nothing happens. The motor can't run because it has no way of earthing.

In position 1 (the switch is in its first position) the earth is made to the circuit board (A). Now that the circuit board is live, it starts its timer duties, and it will periodically switch the relay (B) on and off. Those of you paying attention at the back will realise that this will periodically earth the wiper motor - which is what gives you your intermittent operation.

Finally, in position 2 (the switch in its second position) the earth of A is broken, so the circuit board shuts off. But now a permanent earth to the wiper motor is made, allowing for constant running of the wipers.

Then it requires a bit of patience sat twiddling the adjusters until you get the pulse long enough to get the motor past its park position, but not so long that the wipers do more than one sweep. And the adjustment of the 'pause' is determined by whatever you see fit.

Be sure to insulate the circuit board wherever you've tucked it away, whether you put it in a plastic case or whatever takes your fancy. But all of the pins on the back of the circuit board are live, and you don't want them touching anything else that could cause a short circuit.

When you're done, it should all work like this:

Nice job.
Where have you put your board?

Mine in a thick plastic sleeve/bag at the moment to insulate it, with it just sat on the wiring loom behind the dash.

I'll tidy it up eventually.

I've already got intermittent wipers thanks.

But I think it's just a loose wire

Return to “How to (Modified) ”