I have a broken locking wheel bolt on my Fiat 500 which after an unsuccessful trip to the local garage to remove the stuck offending bolt I'm left with just the mangled end which is preventing removal of the wheel. I've just started trying to drill it out with little success other than blunted drill bits.
Appreciate any thoughts

I lost the adapter on my mini locking nuts. I found the nearest socket and bashed it on using a piece of copper pipe as a sleeve and it came off a treat. Hopefully you will have enough sticking out to try. Failing that if you have a MIG welder try tacking blobs on the end of the bolt until you have enough to bash a socket on. I've done this a few times but not with wheel bolts, the heat also helps to free off the seized bolt. 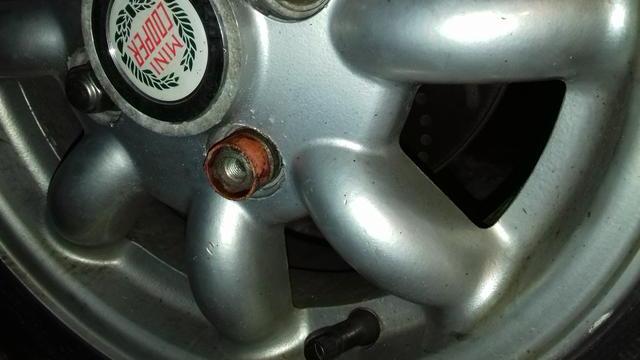 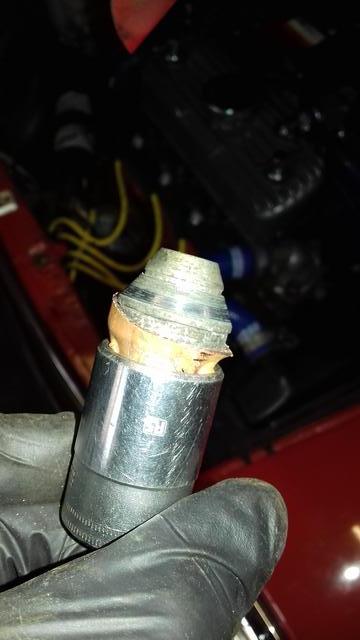 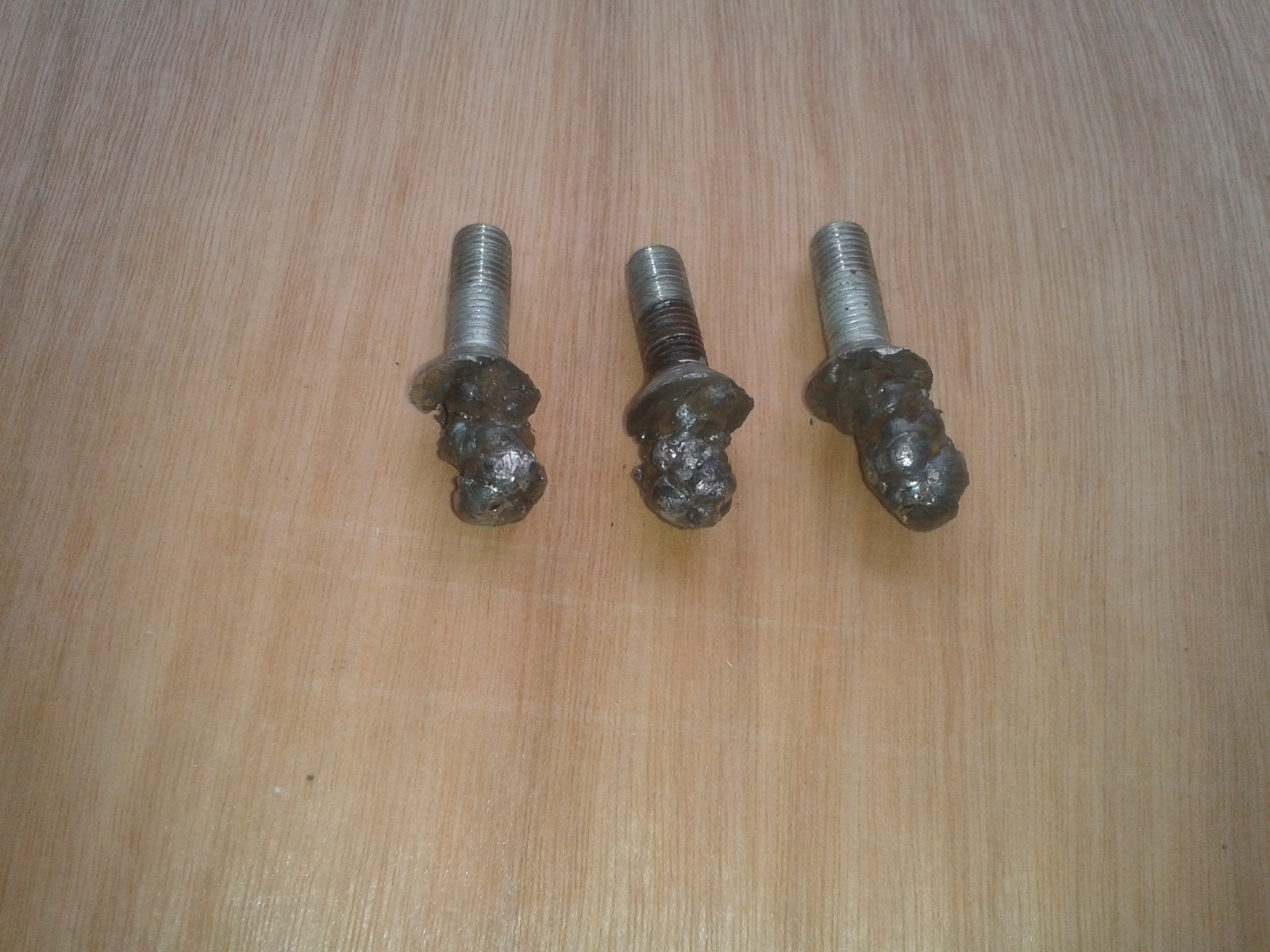 Thanks that sounds like a plan. I wouldn't have minded so much if they had just left it and said they couldn't get it off instead on mangling it leaving me with just a stump but I'll try the welding trick as even my new cobalt drill bits don't seem to be making any impression

I had a similar problem with a locking wheel nut on an old Volvo it wouldn't drill, but it wouldn't weld to either. I think the alloy wheels take the heat away too quickly. The weld just broke off on mine. It may work on normal steel nuts just not the locking ones.

I tried some wheel nut removal sockets that have a reverse interior thread, but the steel was just so tough they wouldn't bite.

There is a tool that normal people cant seem to buy that the AA and some garages have. It works a bit like Panky's method it has a softish metal sleeve in a socket, which can only be used a couple of times, so they bashed it on with a fair old lump hammer. Hard enough I was a bit worried about other damage! Then it did come off using a manual impact driver.

Tighten all the other bolts first to try and lessen the pressure. Magard replaced my locking bolts for free and the instructions on the new ones said always tighten the locking one last and undo it first.

If trying with a breaker bar, use an extension bar and support it on wood or axle stand so all your force is in turning and the support holds it straight on the nut. The garage that did mine had it on a trolley jack with a second person with their foot on it.

Unfortunately it can be a right pain if the steel is really good, I tried for a couple of days before having to admit defeat, but having seen the tool in action I think with the right size pipe and socket you stand a fair chance with Panky's method. If I had any proper old lead pipe sitting around I may even try that as that seems closer to what was in the tool they had. It just has to squeeze into the voids between the bolt and the socket.

If I had a suitable one I would also try and use one of the black six sided impact sockets rather than the 12 pointed ones that will round off more easily.

Thanks Sean I have an impact driver set that I have almost never used. Quite why you need locking bolts for a Fiat 500 is beyond me surely there must be plenty of Jags & Porsches around to steal.
But its pouring with rain and my garage is full of an upturned Minor so it'll have to wait for better weather

Yes, although I had some nicked of a Nova 1.3 S/R many years ago I think wheel theft is less likely these days. Most seem to have alloy wheels now.

I bought 4 new non locking ones and left my Volvo ones off after the trouble I had and only fitted them when going to family in the south where I knew I would have to leave the car some distance away for a few days.

ditch those wheel nuts and buy solid head ones....got them on my tr7..much better

Well.....eventually got there. Tried everything and as a last gasp effort I found an old box spanner which has the same OD as the wheel bolt recess ID and was an exact fit for a hex socket. Built up layers of weld until what was left of the bolt was proud of the wheel. Then cut down the box spanner, hammered it in place then welded it to the 'bolt' from the inside. Fitted the socket and it came off with not a huge amount of effort.
Well chuffed and thanks to everyone for the suggestions. Next time I buy a modern the first thing will be to buy 4 wheel bolts/nuts and fling the locking ones in the bin. 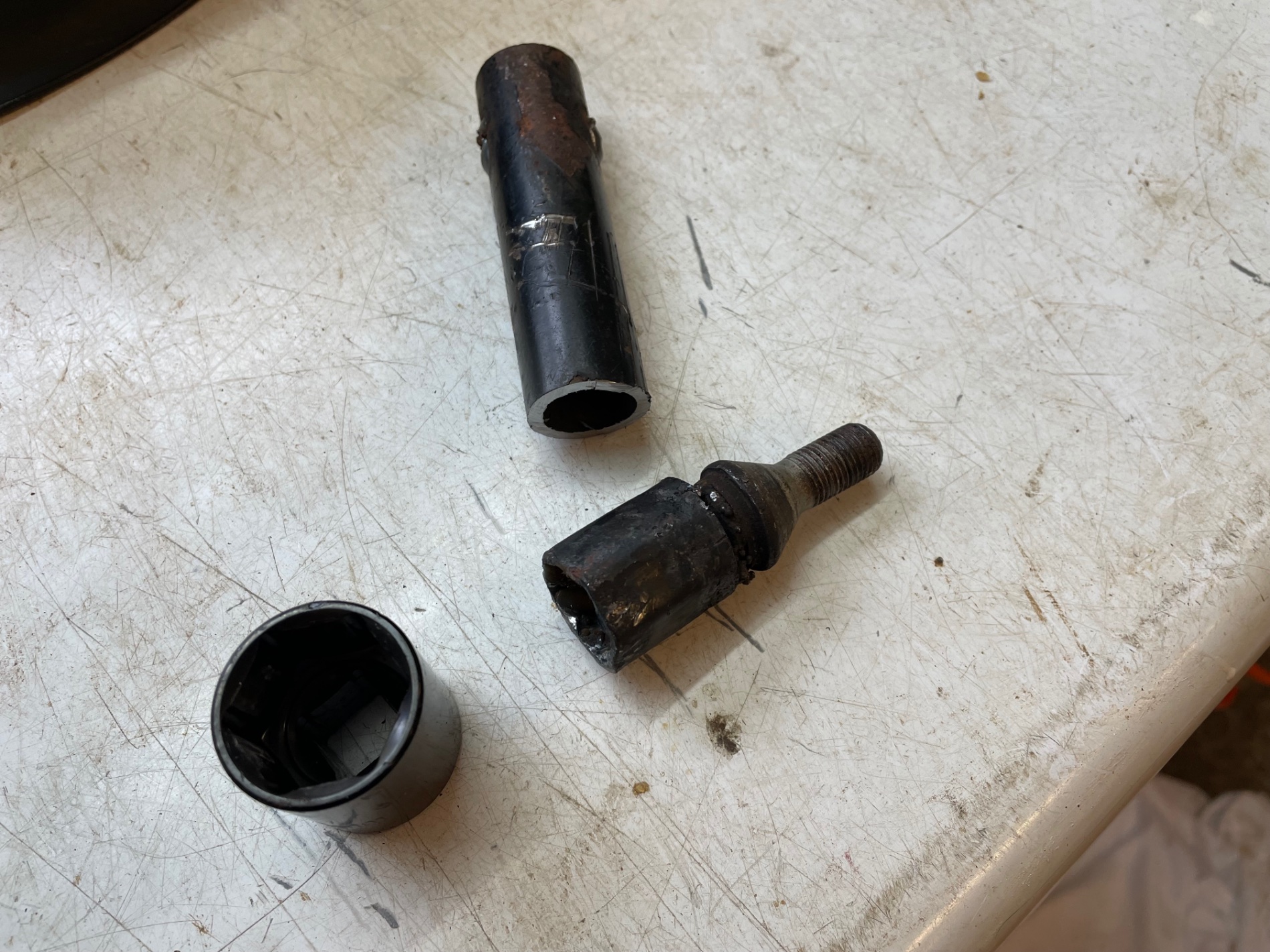 Nice one, a new variation on the process

On the MX5 I had briefly when the studs were out I then had trouble getting the wheel off and had to jack it off the the far side with a long length of wood.

I then wire brushed the seating point on the hub and used Copaslip there too. Every other car since with Alloy Wheels I have done that in the first week I have had it as you don't want to be tugging at it too hard in the middle of nowhere on the standard car jack.

Return to “Off Topic”