Apart from the above, a shiny new alternator conversion.

If I had been as vigilant as you I would have realised sooner why the car wouldn't start after I thought I had finished the job.

When its done its done (for now)
Derv Turbo Power (Joosed)

Such a nice looking van

Glad to see there are still nice people about

I have been slacking a lot on posting updates for the van but I do have an excuse for the last few months with poor health and more recently doing the forum upgrade.

I promise to write some posts showing the new shiny Jag seats etc.

It's taken a while to get this post up as I did this in September, but here it is. 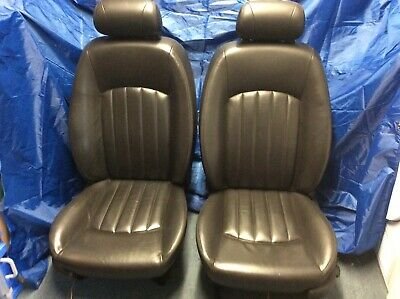 Seats were from a Jag, I think X-Type but can't be 100% certain, definitely Jag though as it has the labels attached underneath, I could probably look up the part numbers. Electric but not heated, unfortunately.

I made up a subframe front and rear of the seats to attach them to the floor, the front subframe fixes to the floor using the existing minor mounting points, the rear I drilled through the floor and used some spreader plates underneath to stop the bolts being ripped out if unfortunate enough to be involved in an accident.

I used 40x40x3mm angle for the subframes, I bolted the two parts together instead of welding them, as I may change the seats in the future and can easily modify the angles if necessary without remaking the complete thing again.

I still need to take the seats out again to tidy up the ends, replace some of the bolts with shorter ones and to paint them, but they work well.

Here are some pics, excuse the welding, as I was welding with my eyes closed as my helmet packed up and wouldn't darken.

I do now have a new one. 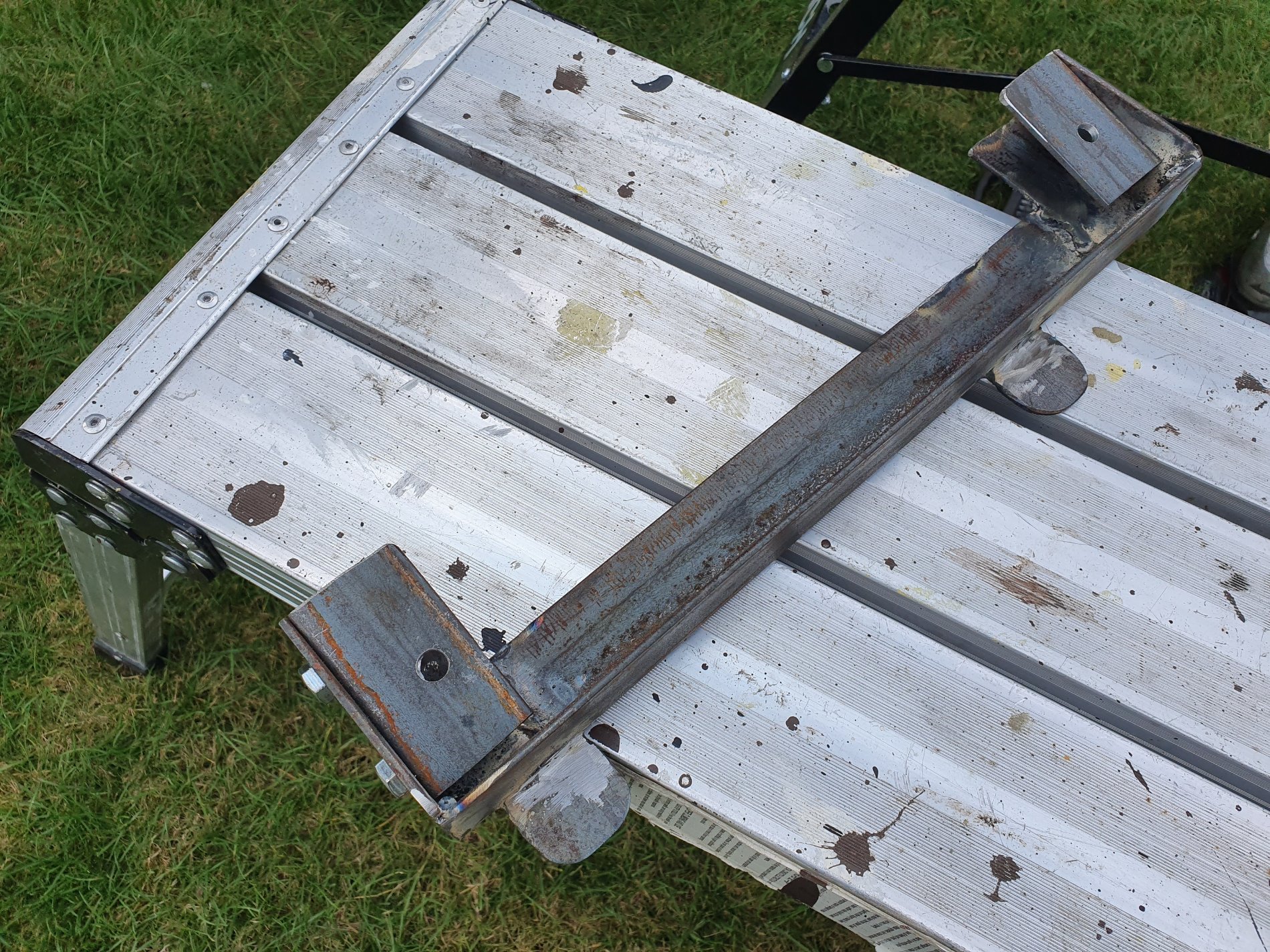 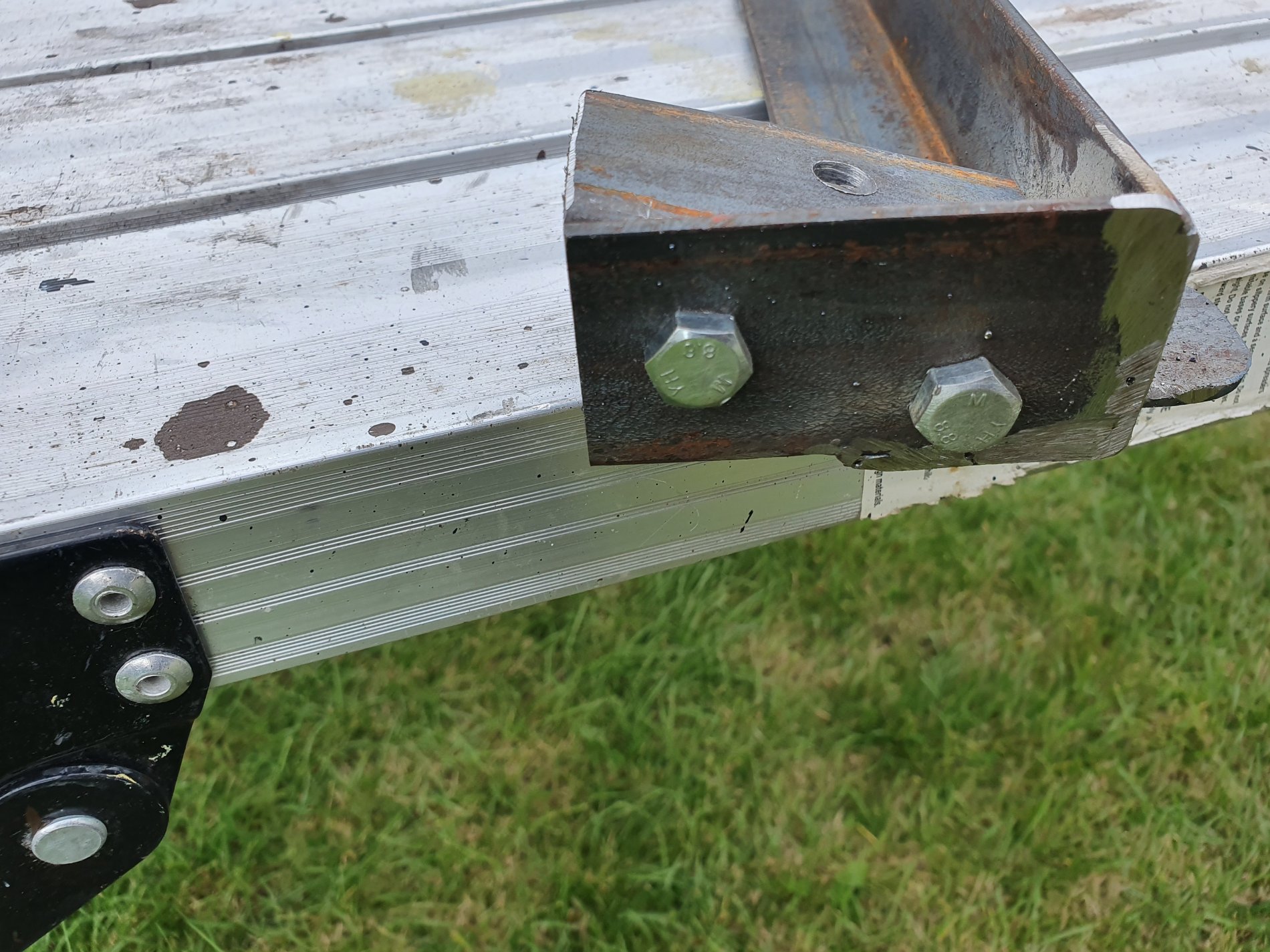 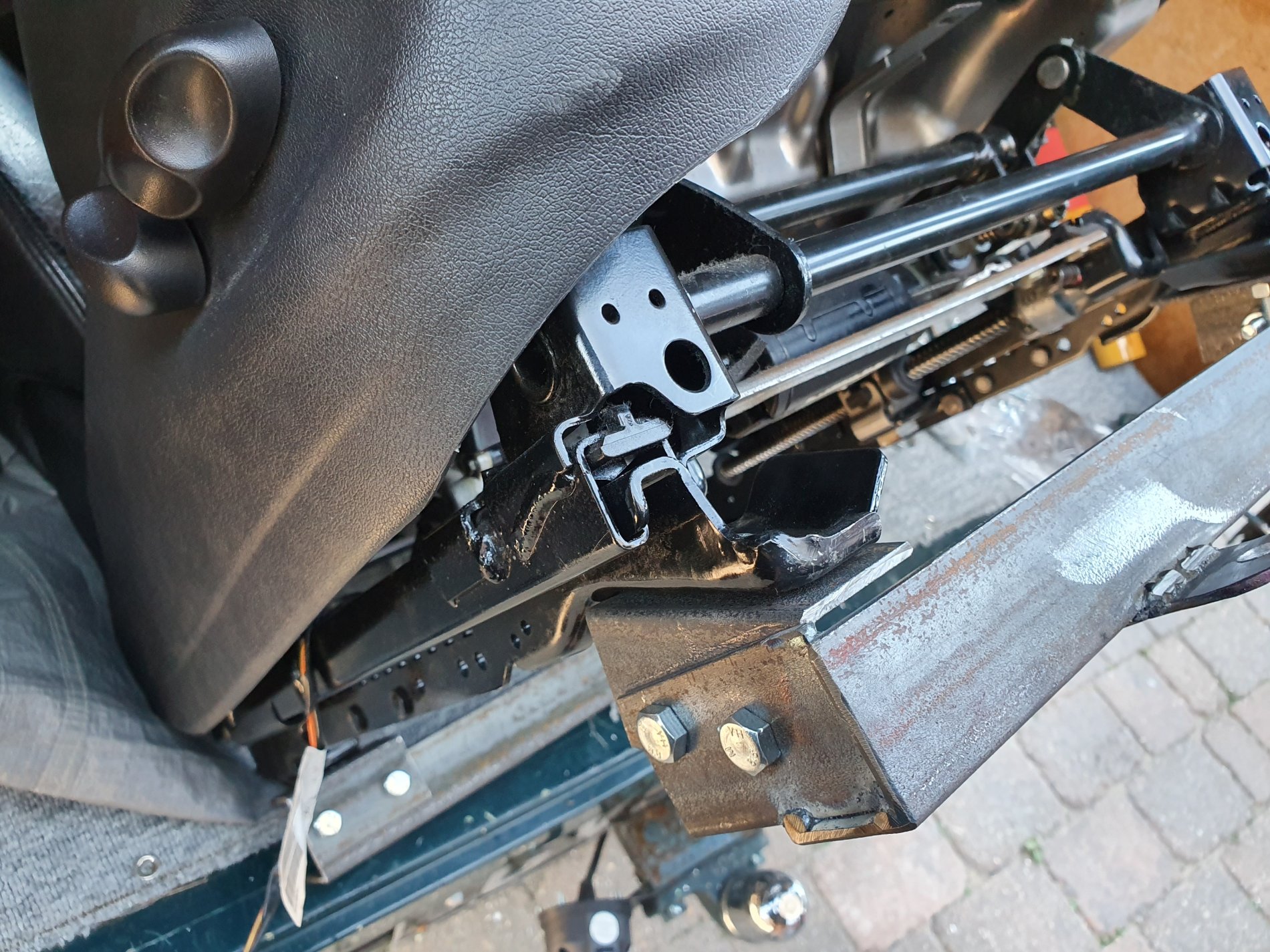 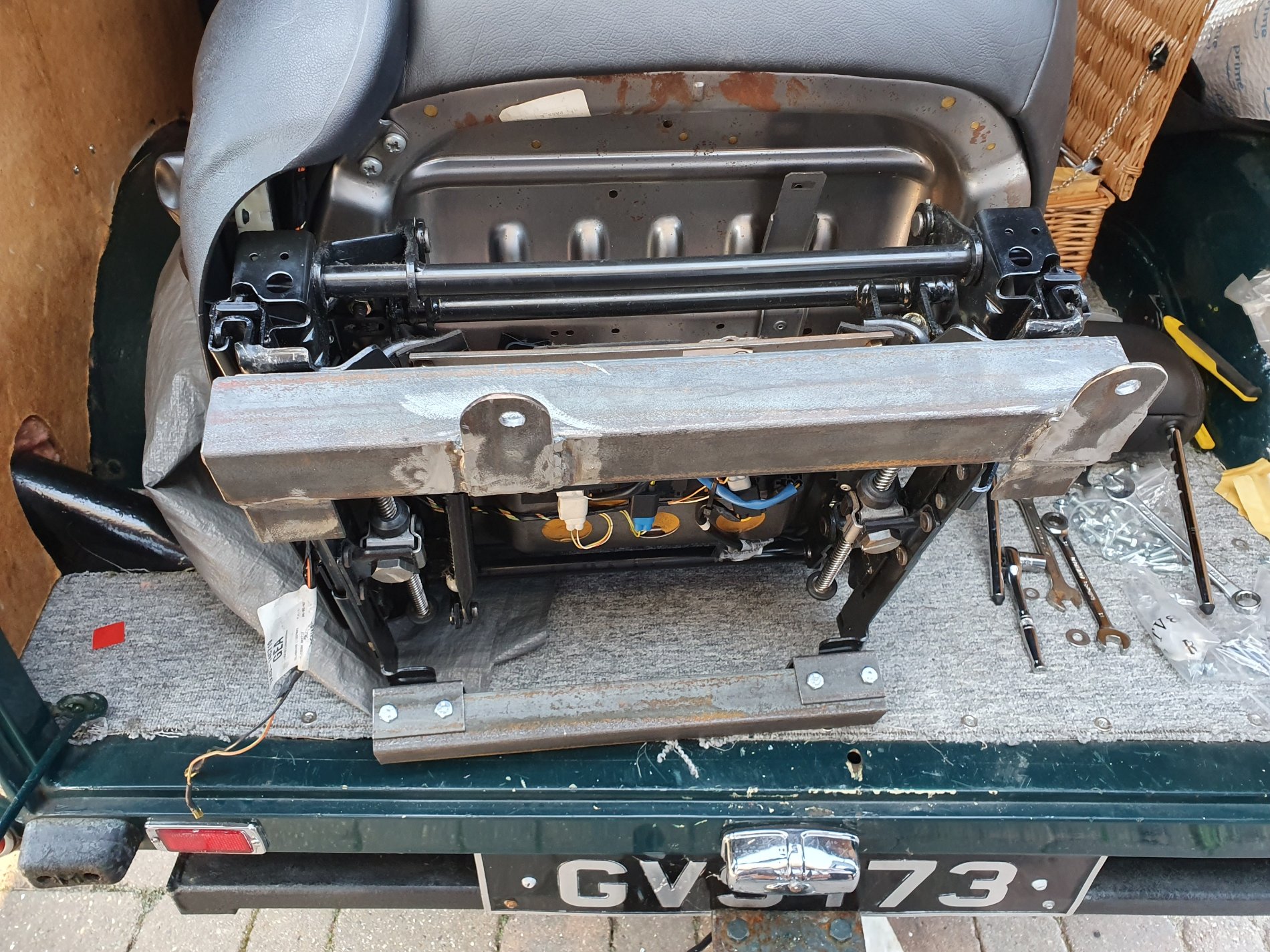 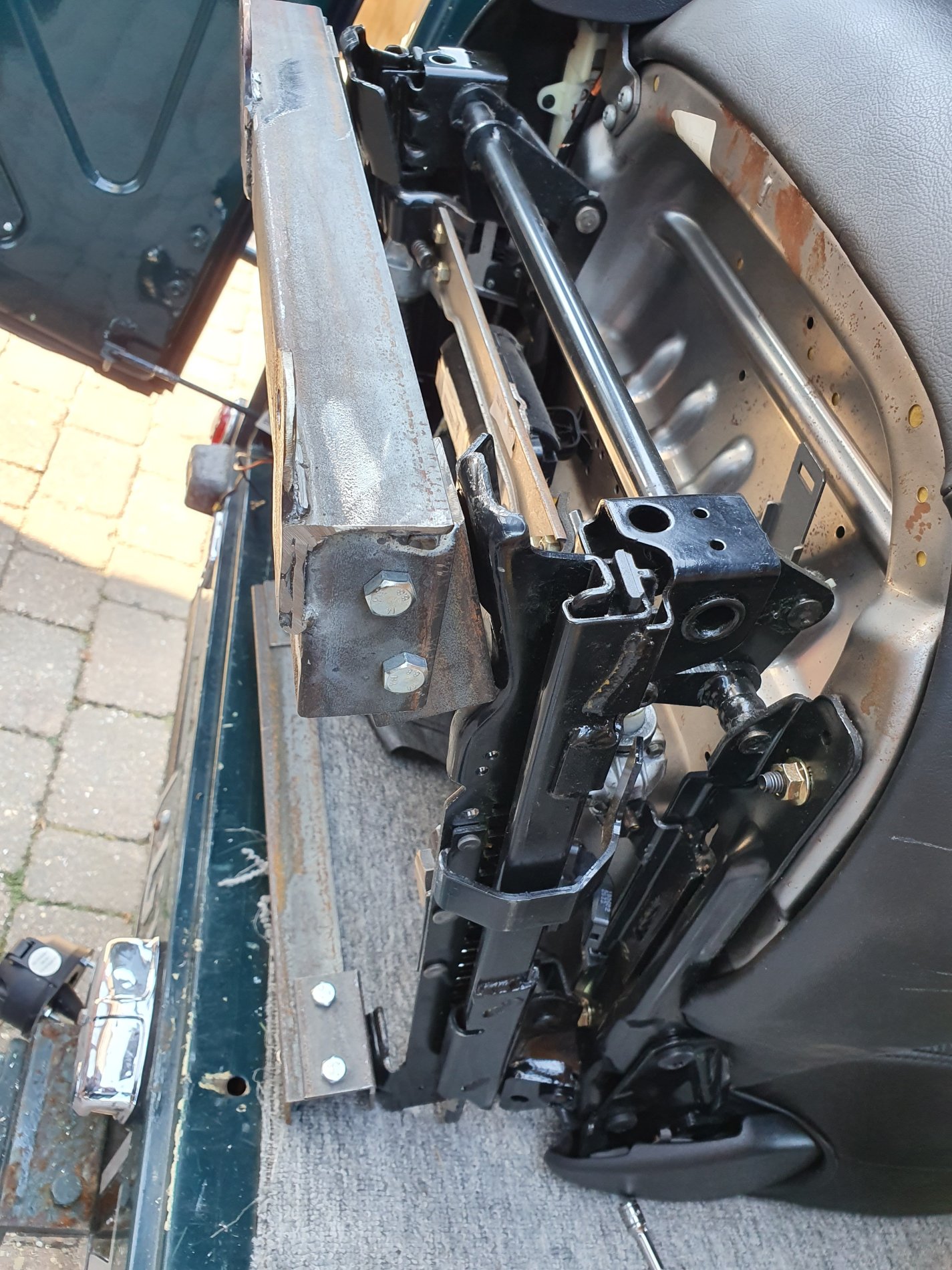 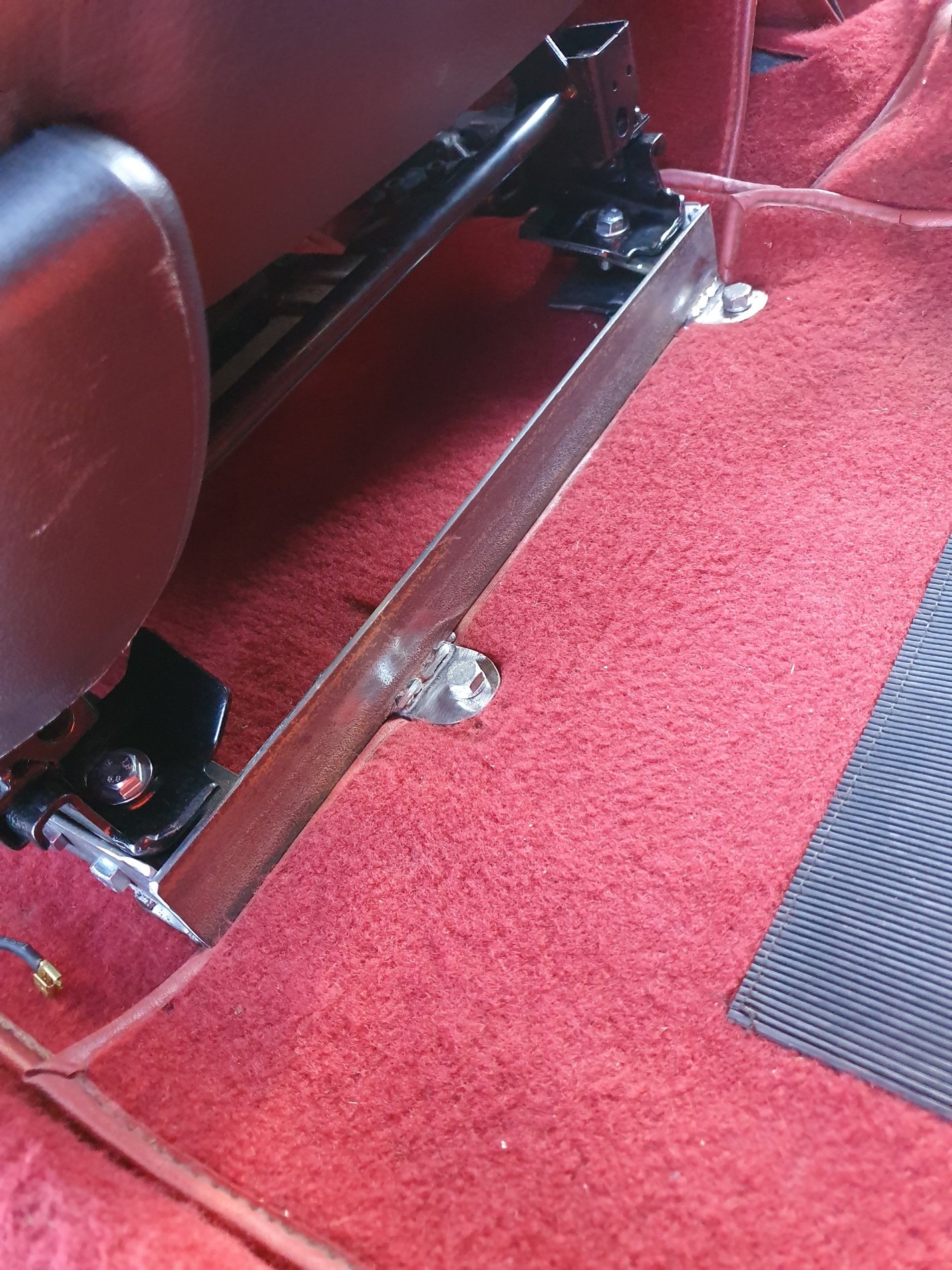 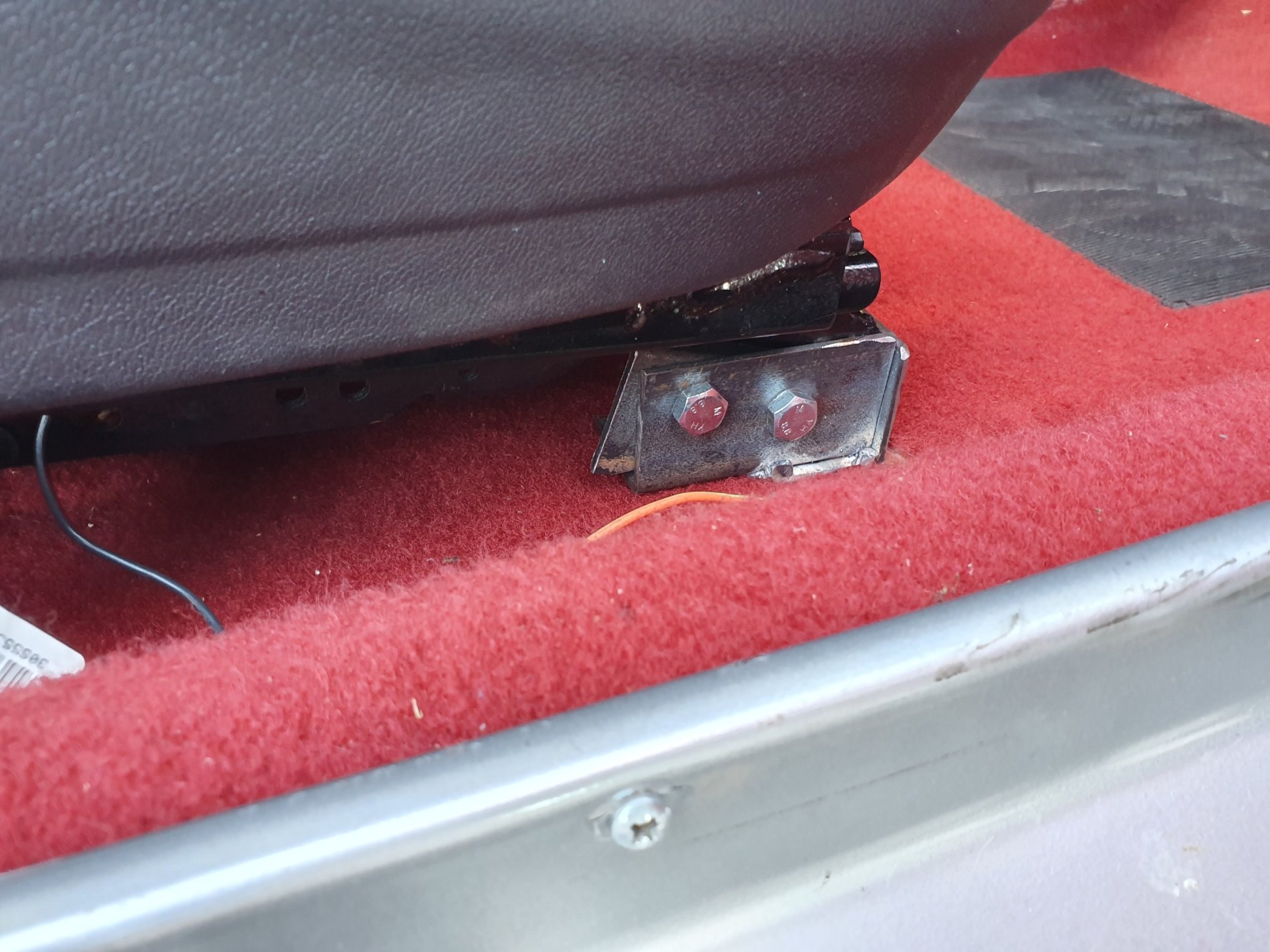 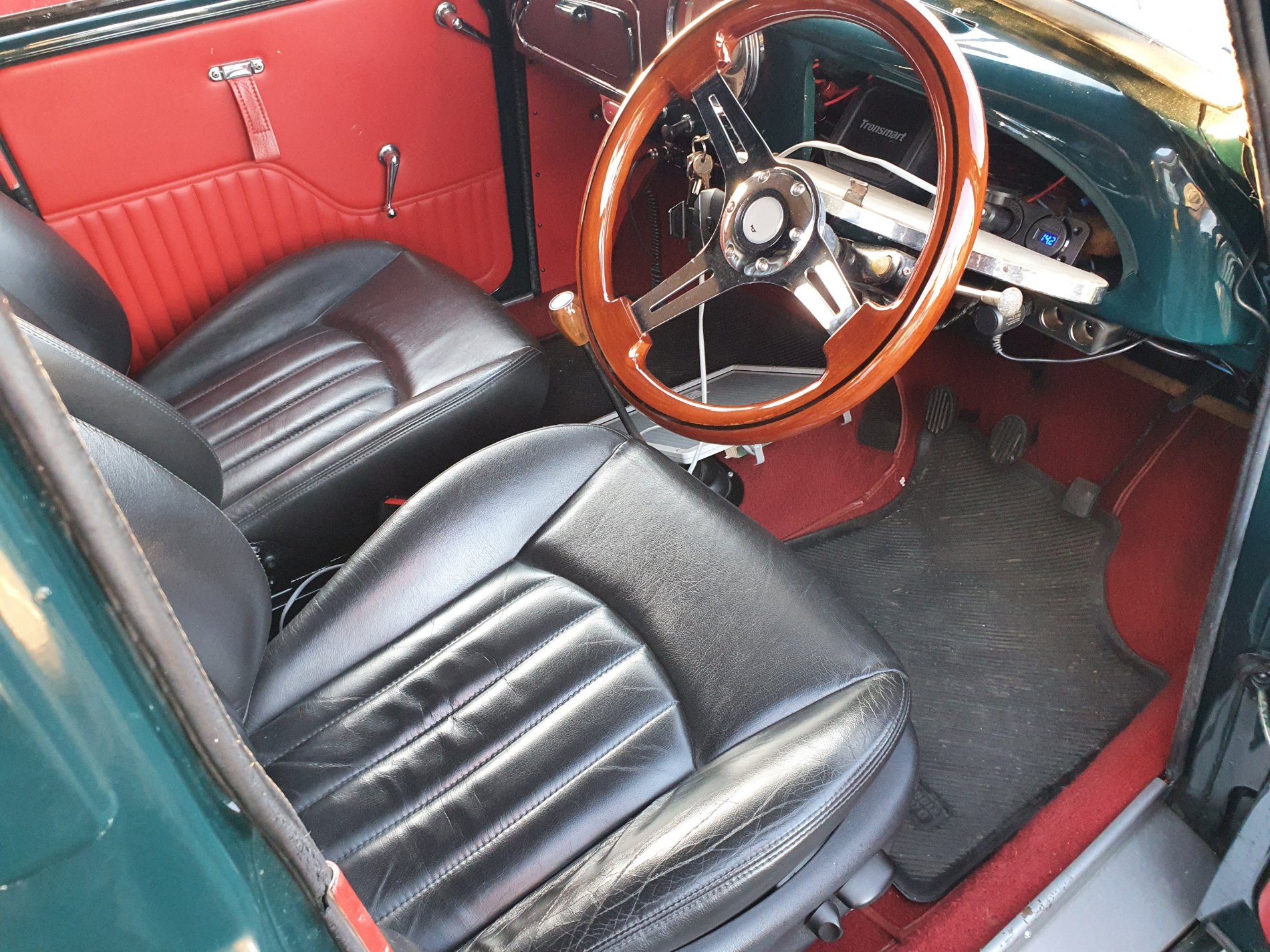 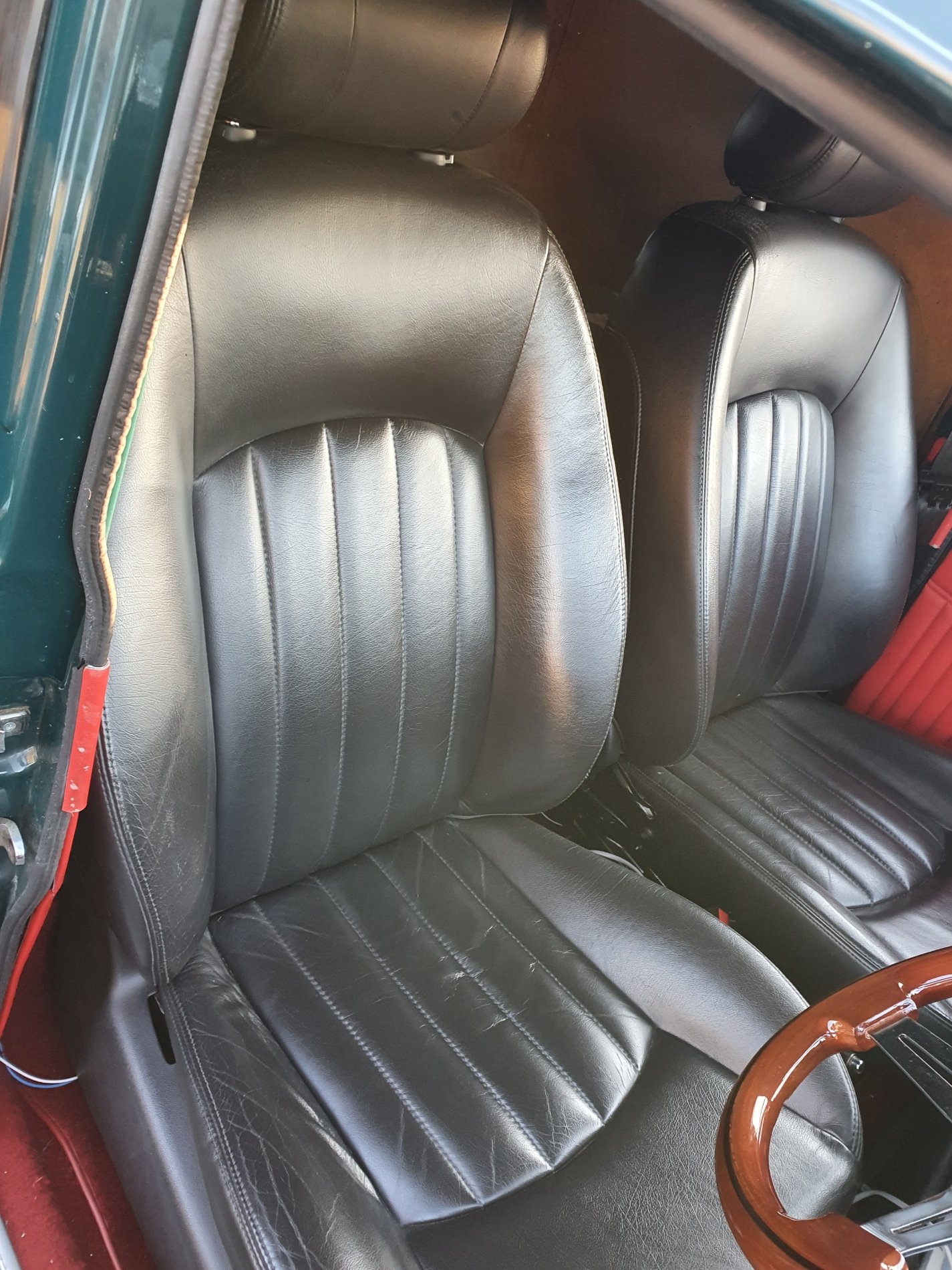 They are really comfy and are just about right when adjusted as low as they can go and as far back as the van floor allows. I am pleased with them as initially, I thought they were going to be far too big, but once fitted I think they don't look out of place.

Going back to previous posts I made in June last year, I purchased in October the new dashcam/rearview mirror I mentioned. 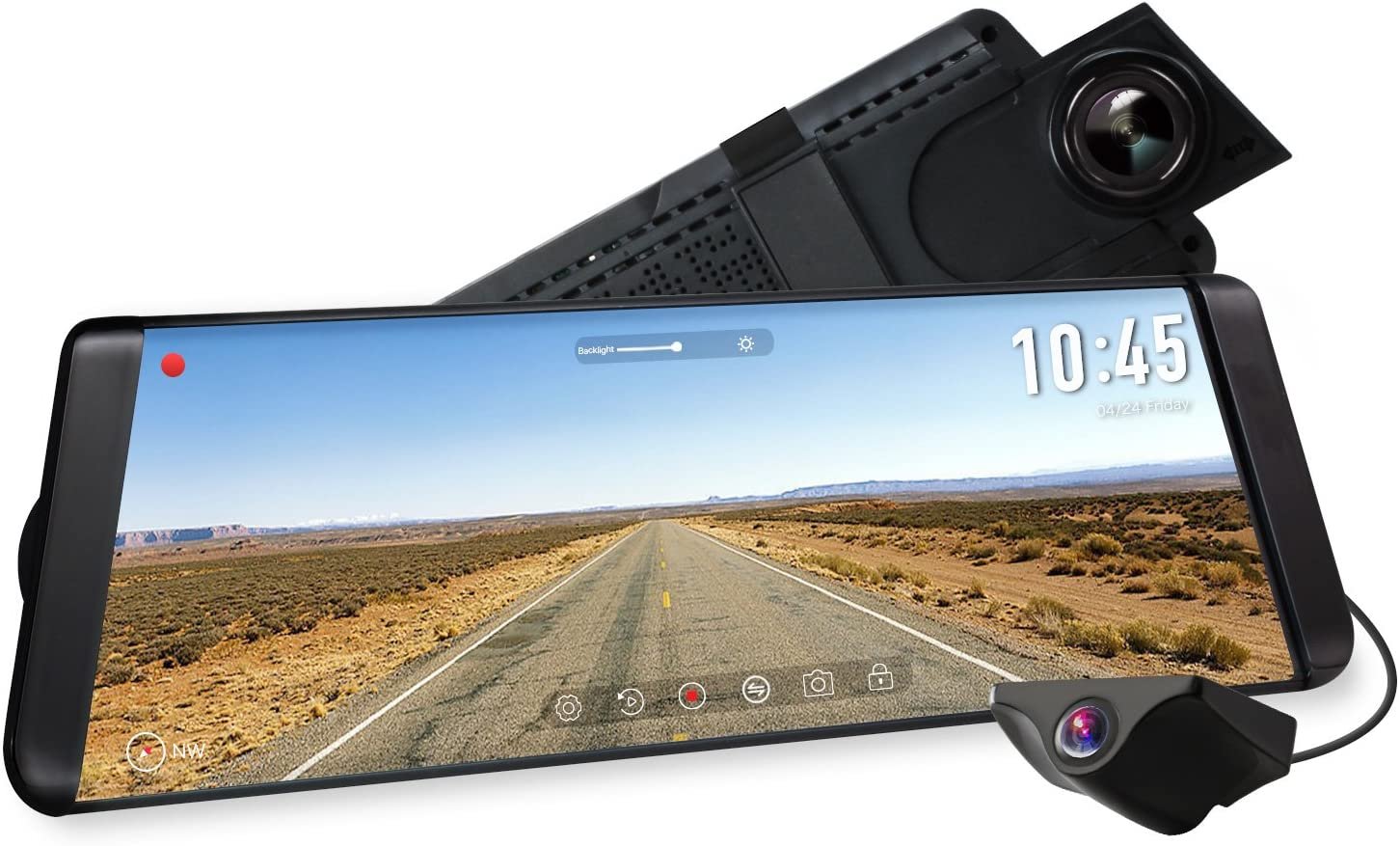 Again I have only just fitted this over the weekend. I used it for the first time today on my trip to my hospital appointment, it worked very well and gave a much wider rearview than the previous reversing camera did. The image is a little high up, ideal for seeing the road behind, but is a little high when reversing. It has an additional wire that connects to the reversing lights circuit which lowers the image and adds guidelines, I'll connect this up when I add reversing lights to the back of the van.

Here is a pic of the mirror installed, All you can see is my trailer and the front of my house, I'll get a pic of the road view next time I take it out to give a better idea of what can be seen. The front camera is built into the mirror, so no additional camera stuck on the windscreen and I can still drop the sun visors if I need them. 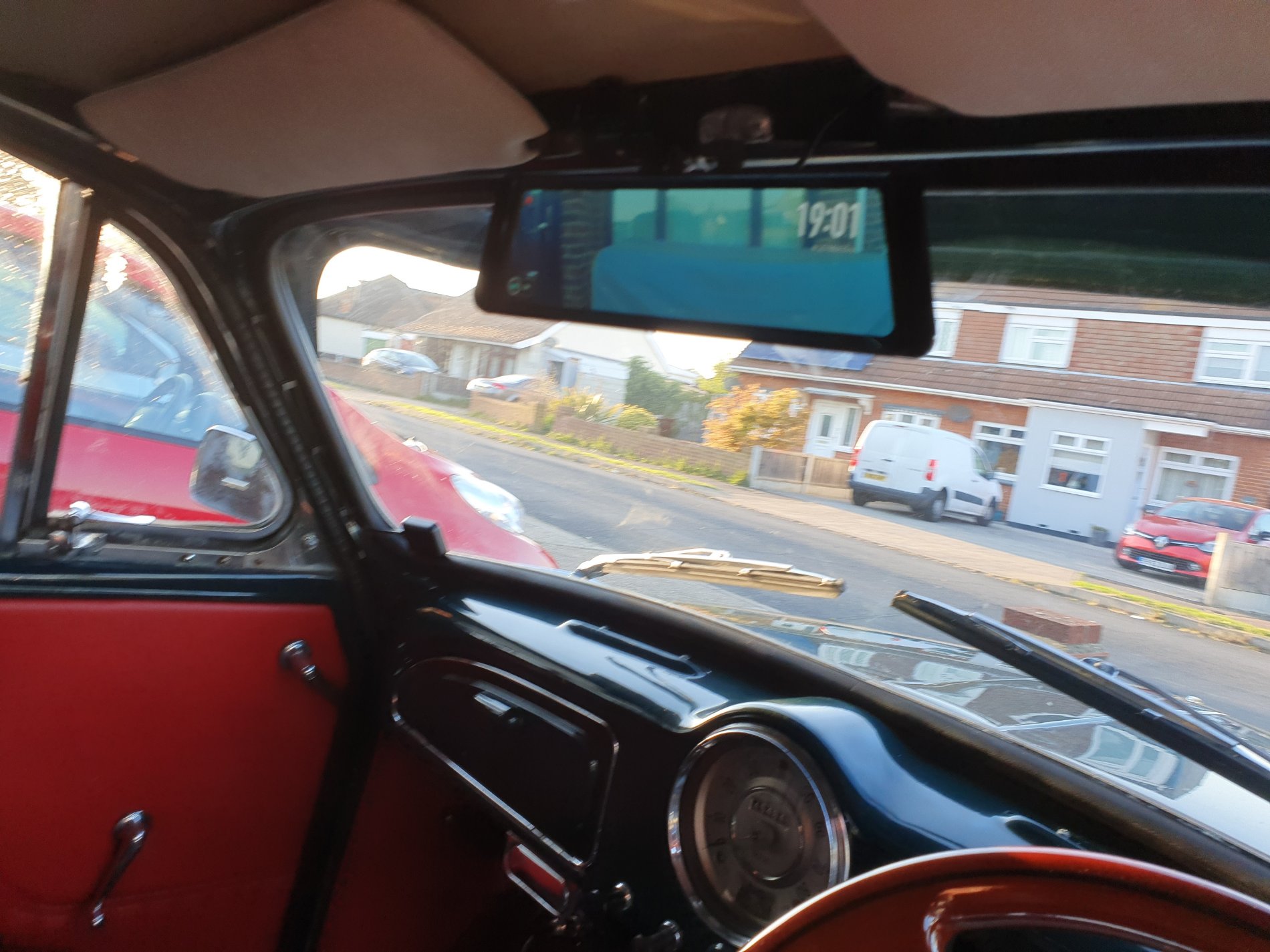 Gave the van a wash and a quick polish yesterday as it has been sitting outside and was filthy. I was very disappointed to see the new door mirrors I fitted last summer have pitted on the stems and mirror backs, I'm not shocked or surprised as all chrome these days is of shocking quality. 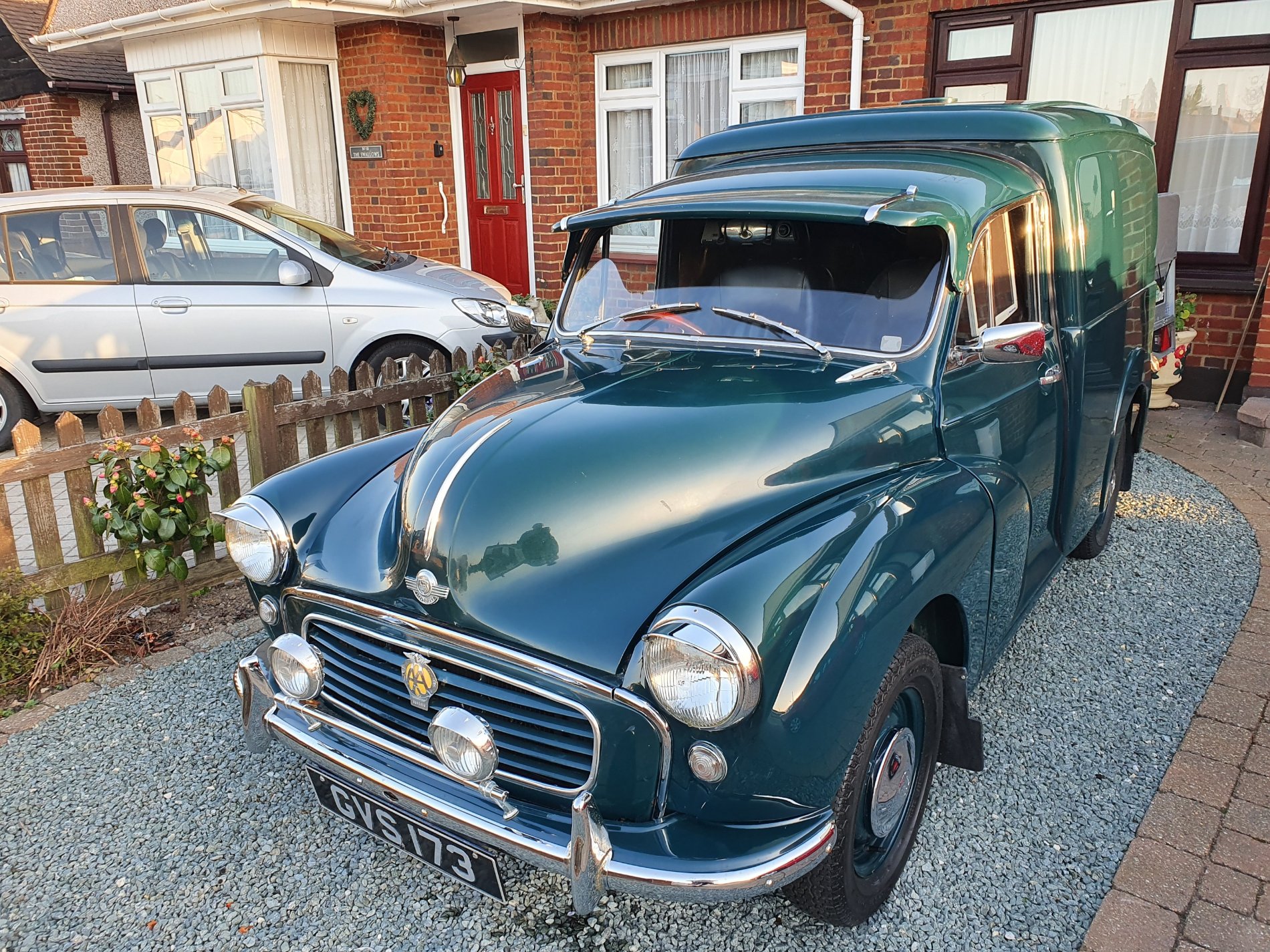 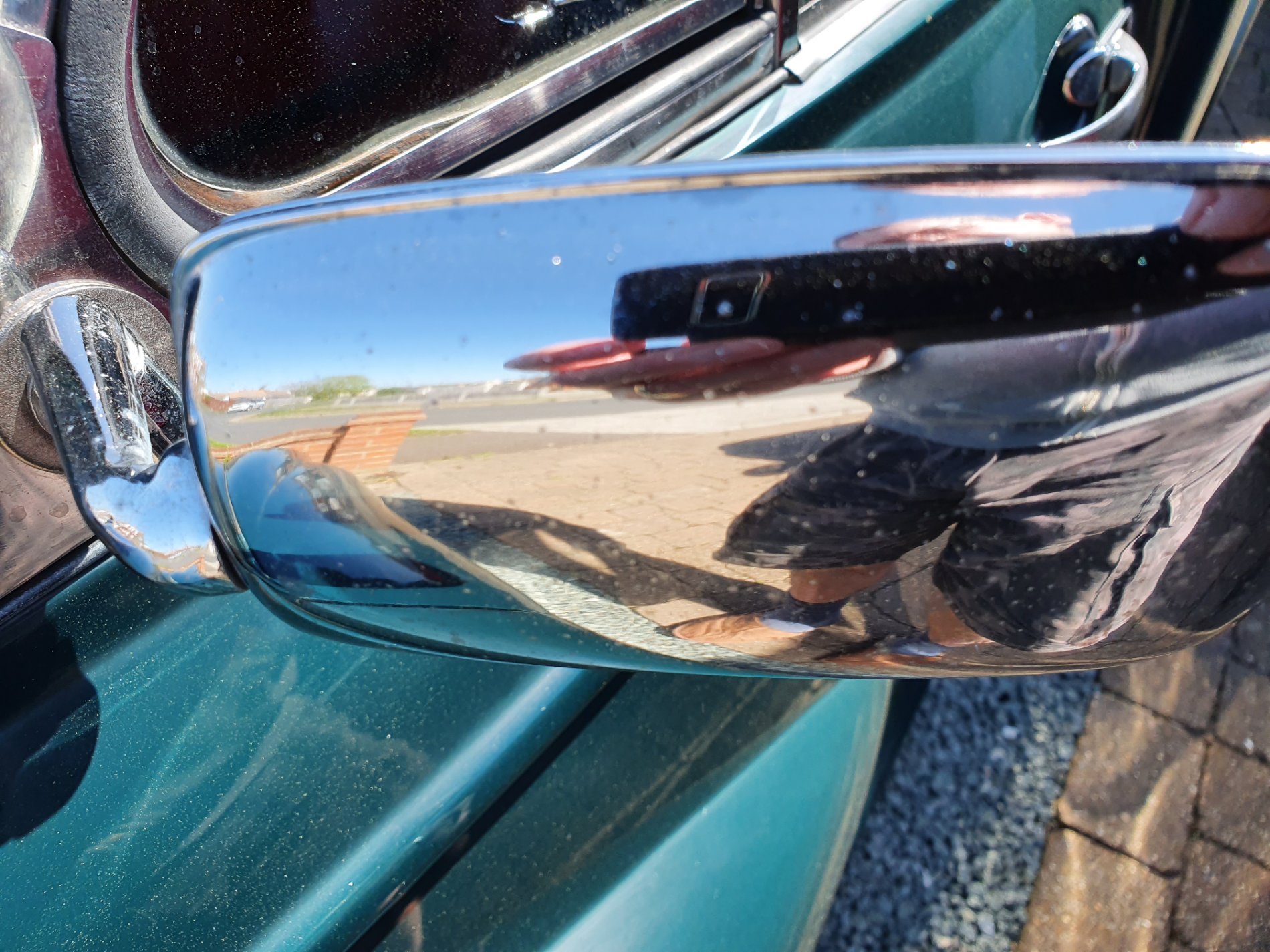 EXIF-Data show/hide
Original image recording time:
2020:04:21 13:54:32
Image taken on:
Tue Apr 21, 2020 12:54 pm
Focus length:
4.32 mm
Shutter speed:
1/498 Sec
F-number:
f/2.4
ISO speed rating:
50
Whitebalance:
Auto
Flash:
Flash did not fire
Camera-manufacturer:
Samsung
Camera-model:
SM-G973F
Exposure program:
Normal program
Exposure bias:
0 EV
Metering mode:
Center-weighted average
Next jobs are the wheels and tyres, I was very kindly sent down from Scotland a set of 5.5 x 14" steel rims (thankyou 2fry). They need to be blasted and painted but as I was unable to get these done earlier due to my health and now because of 'Lockdown' I have decided to buy a new set of wheels and tyres as the existing Minor ones are very old and starting to crack and the MOT is due at the end of this month, I also want to go wider so not really wanting to put new tyres on the old rims. I will get the other set of 5.5j wheels sorted sometime in the future once things are back to normal.

But before then I will be fitting a new electric windscreen washer, the original pump type one leaks like mad when used and makes my leg and carpet wet!
Now, where did I put that parcel?

Are you aware of the 6 month MOT extension?

So anyone needing an MOT to tax their vehicle should be able to tax it without for the next 6 months from the end of March.

The article says "It is actioned about a week before the original date is due to expire. "

A shame it Is not being done a month before as that is when you could/would normally consider taking it.

P.S. If anyone reads this and has one expiring in the next week it may help people if they could check and report if it has been moved on 6 months!

You can take it to your local MOT station if it’s open and get it done
They can safely do mots .
My local garage is still doing mots ...

Yes they are still doing them, but if you are not going out and about, I just thought if the vehicle wasn't being used much it would give a breather and possibly time to get the first set of wheels done without buying a second set.

MickEssex wrote: ↑
7 months ago
Going back to previous posts I made in June last year, I purchased in October the new dashcam/rearview mirror I mentioned.

How is this attached Mick?

Clips on to the MM rearview glass or somehow else?

It comes with elastic straps that wrap around the original mirror to hold it in place, unfortunately, my 62 year lol mirror is much too thin for this so I used Velcro and just used the elastic straps to hold the plastic tabs out of sight. 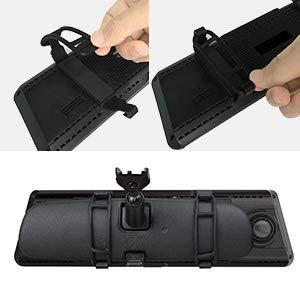 I only had velcro on the rubber contact strip on the ack of the LCD, there are ventilation holes right across the back, I wasn't sure it would hold the weight of the mirror but it did and didn't vibrate while driving.

Custard wrote: ↑
7 months ago
Are you aware of the 6 month MOT extension?

So anyone needing an MOT to tax their vehicle should be able to tax it without for the next 6 months from the end of March.

The article says "It is actioned about a week before the original date is due to expire. "

A shame it Is not being done a month before as that is when you could/would normally consider taking it.

P.S. If anyone reads this and has one expiring in the next week it may help people if they could check and report if it has been moved on 6 months!

I just went online and taxed the van, the website says that the extension will be applied 3 days before the expiry date of the test, but 7 days before expiry today and the extension to the test date had been applied already.

So I am in no rush now to get the wheels and tyres sorted.