Most will be familiar with the truck and how it has evolved over the 15 years I have owned it
But last year Steven convinced me it needed a new engine, a oil burning 1.9 turbo that had been Tweaked
And he had one just lying around
Steven started to collect up the other bits we needed to fit this beast in the truck
Finding a gearbox was the first , but we know a man that could help.
The rest was got and the time was set , it was just waiting on Steven getting his new garage finished.
That said the truck broke down on a run out in June and was closer to Stevens than mine so it went in storage in the small garage for 3 Months.
We started it the weekend after we came back up from PB end of July
Set a time line to have it up and running for the truck going to the NEC show in November
We just made it, truck had not had a test run but did start and move but no breaks , that’s what you get when you change the engine , but it makes it on to the trailer and off at the other side .
Got a great reception at the NEC , looking the part with all the shiny bits polished up.
We have since bring it back had it out a few runs , just looking for a dryer day and a bit of a longer run to test out it’s
Potential, but the outings I have had are pretty good and it’s very scary fast ......
Gets to 60 quick and I thought it might be the speedometer reading out but no have checked it with the GPS and it’s bang on
And as for the 60 too 80 we’ll list just say if your wanting a shot bring a chance of underwear.
We have a wee bit more tweets to do but it’s more or less done 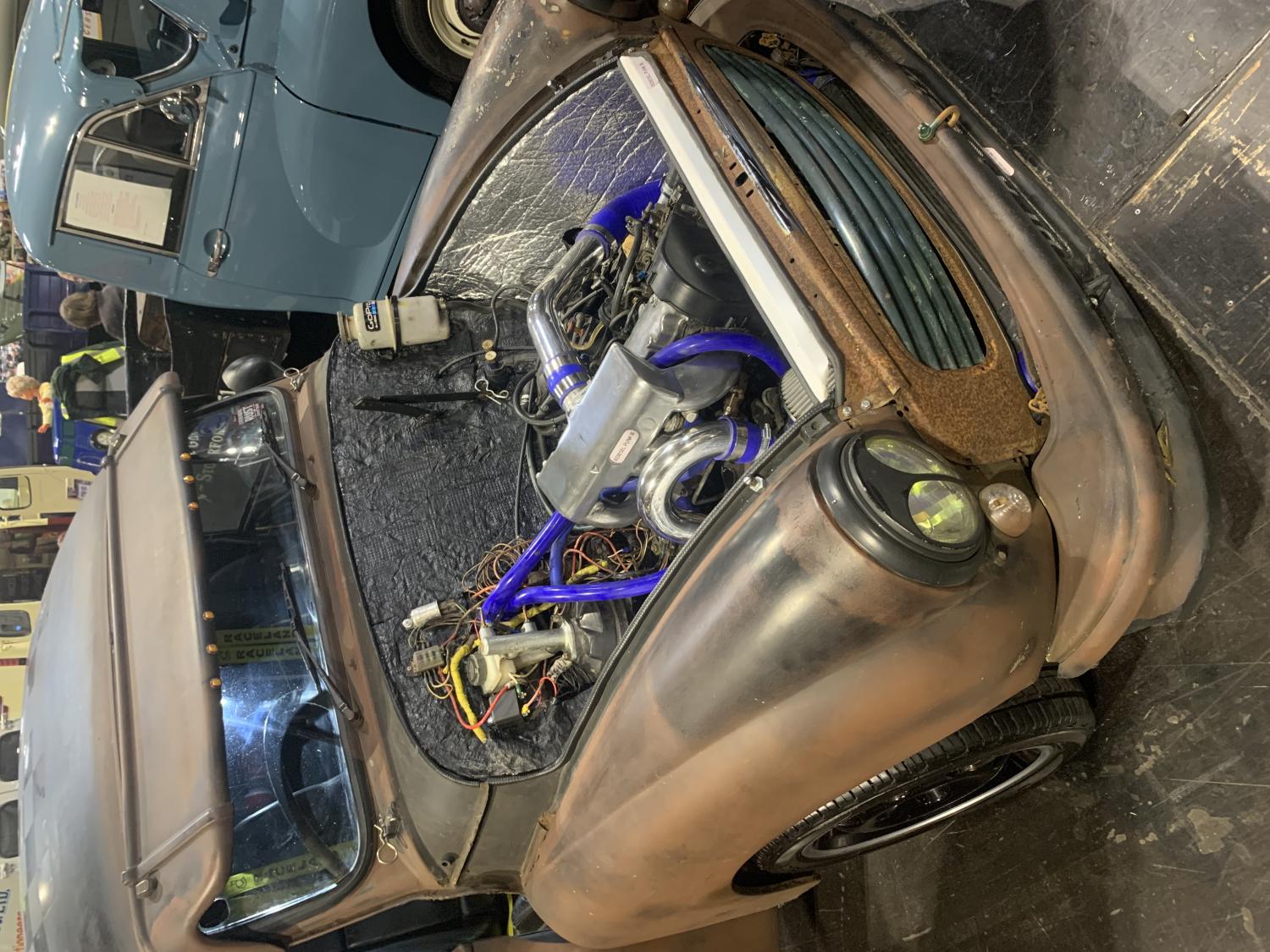 Looks like an up hill struggle from the photo...

Your truck changes are always interesting - quite a chameleon!

Hope you have a dry spell or two soon to give it a bit more of a work out.

looks alright from down here ... 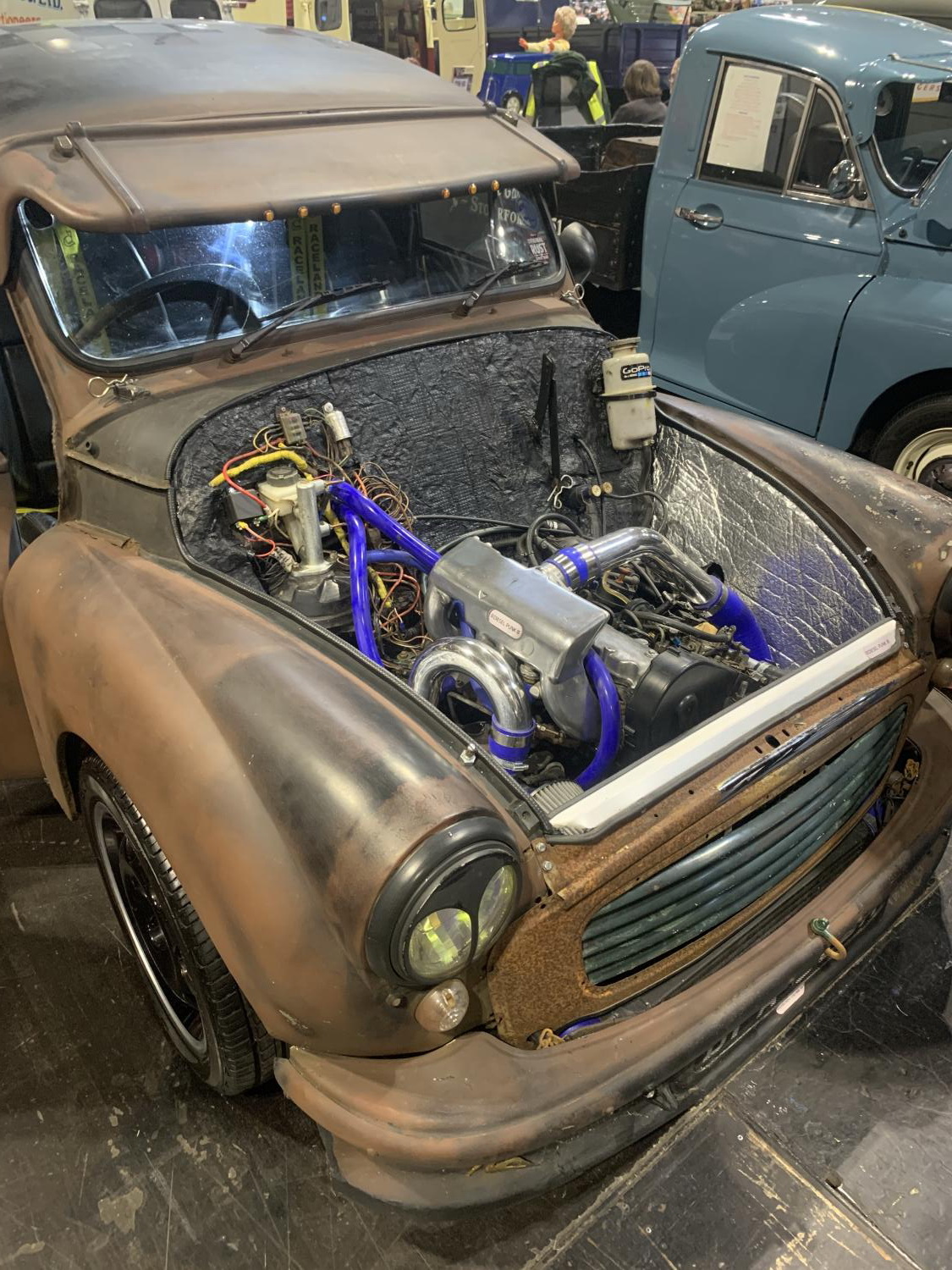 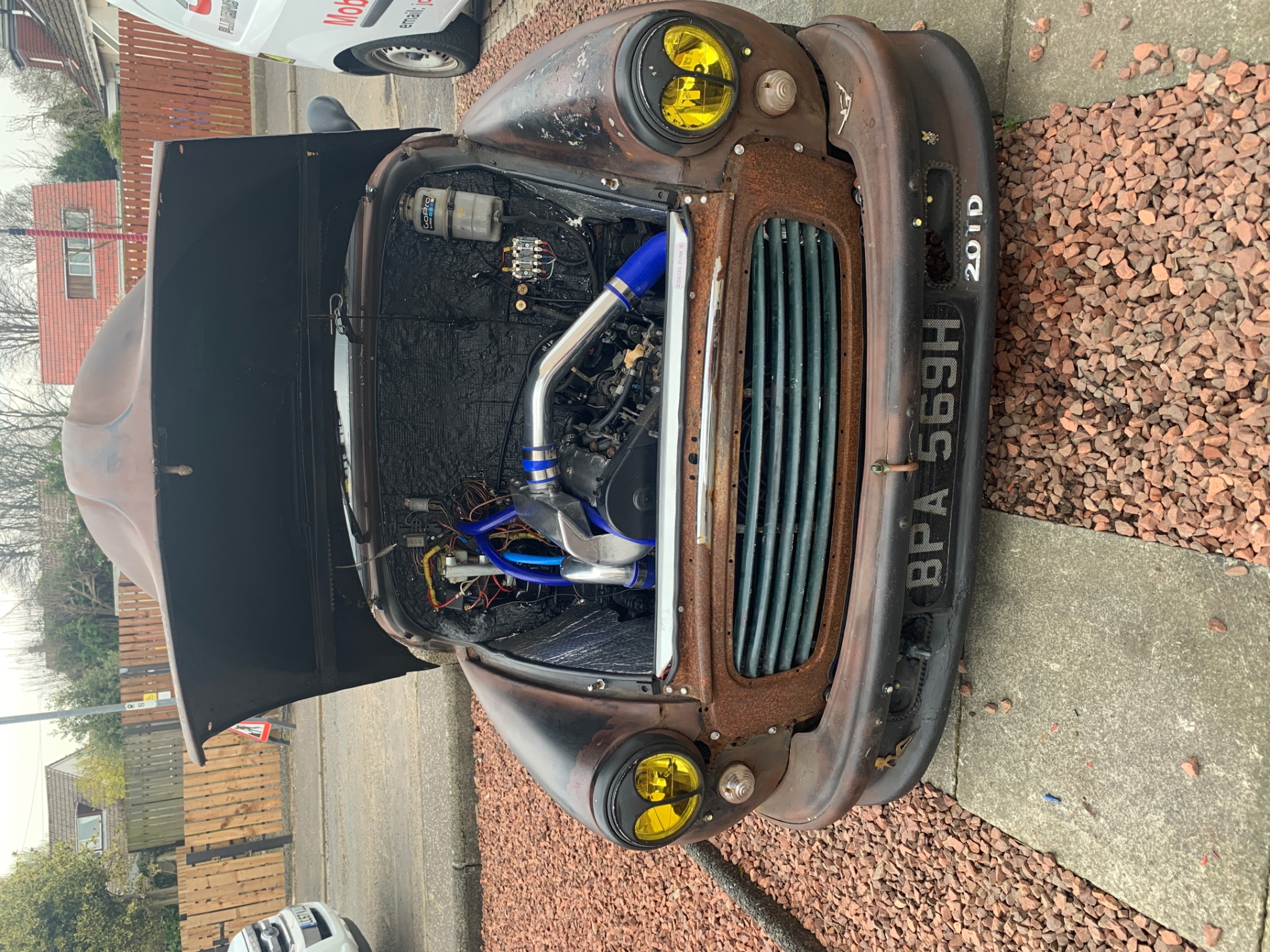 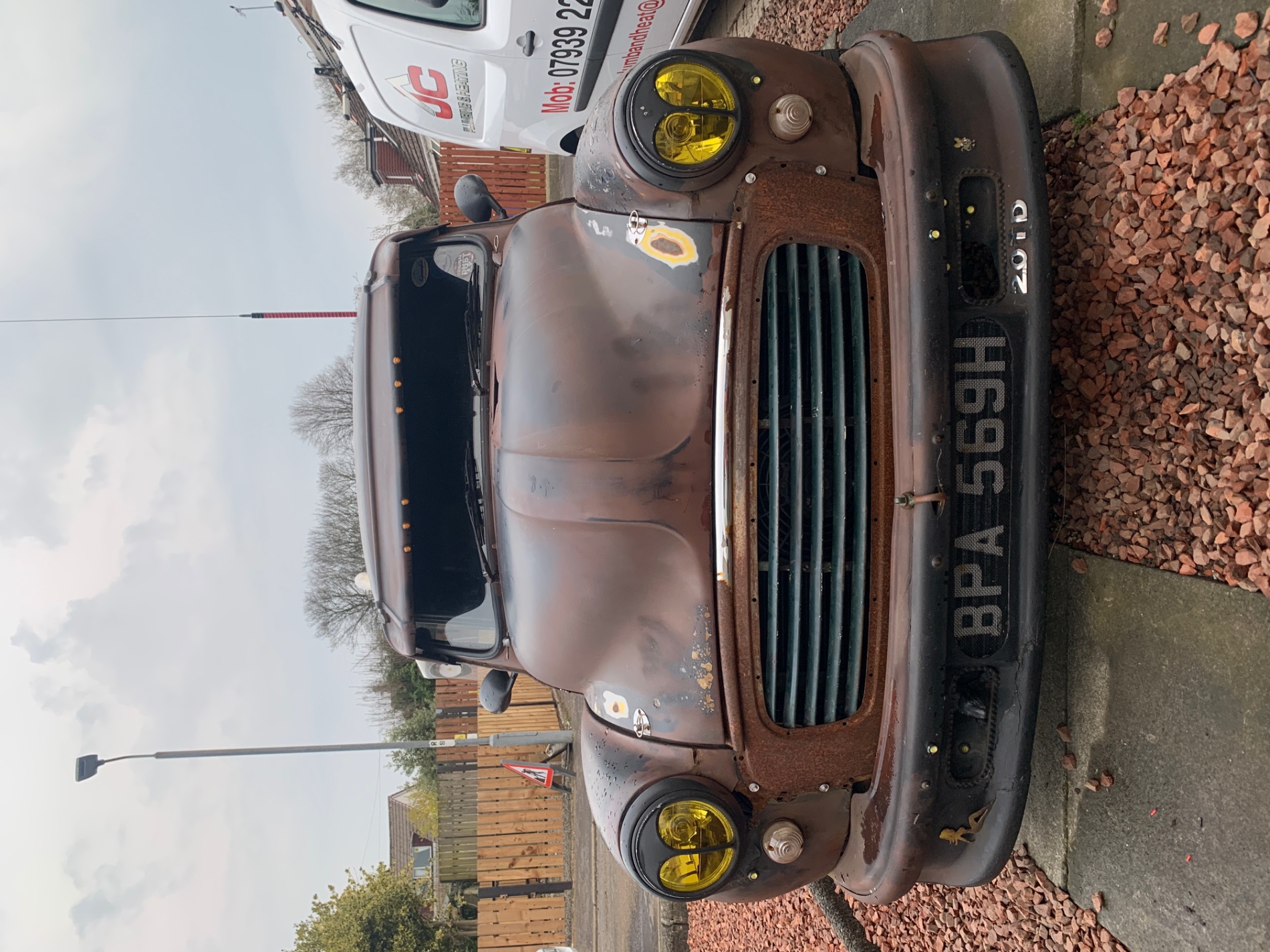 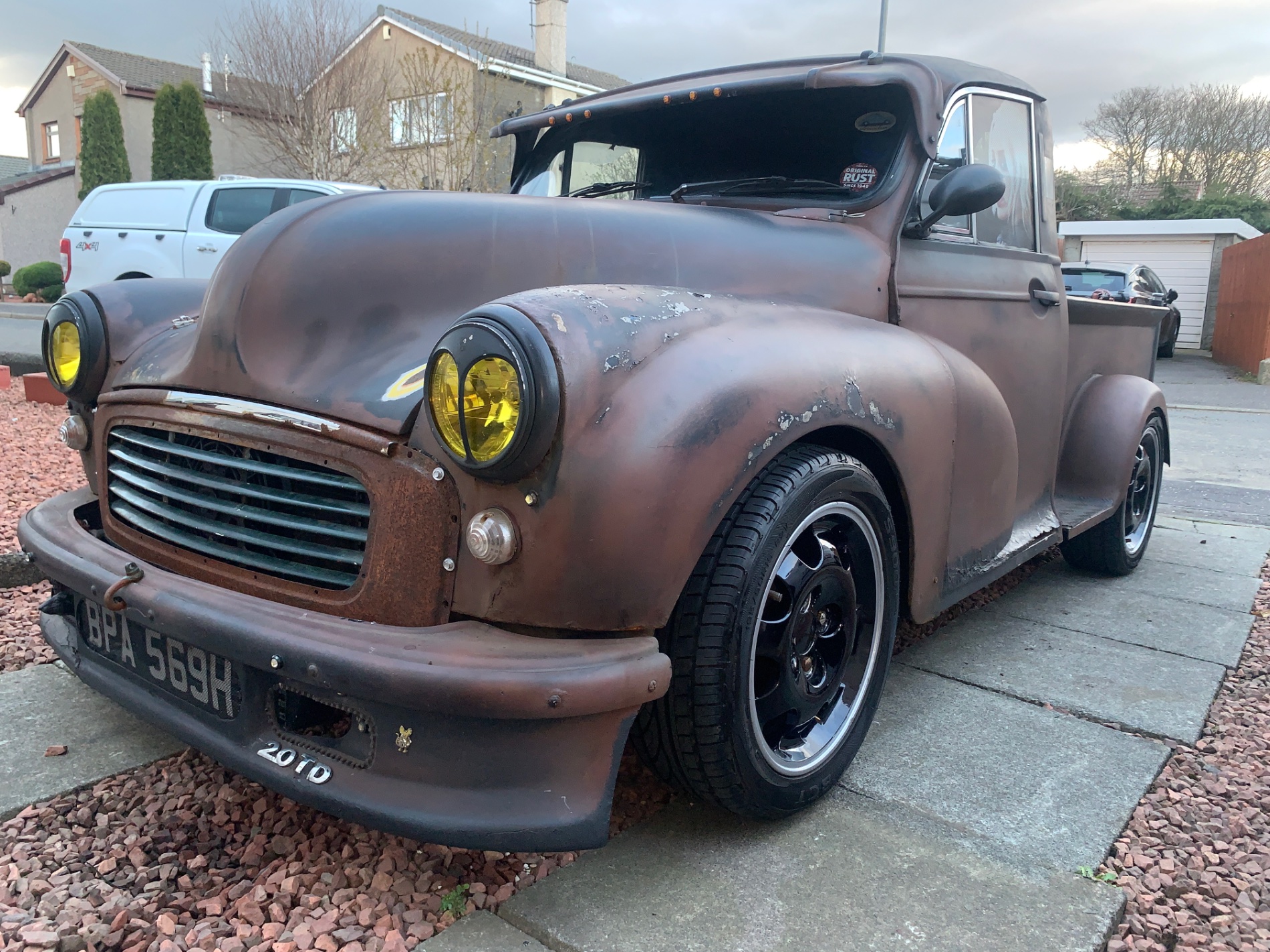 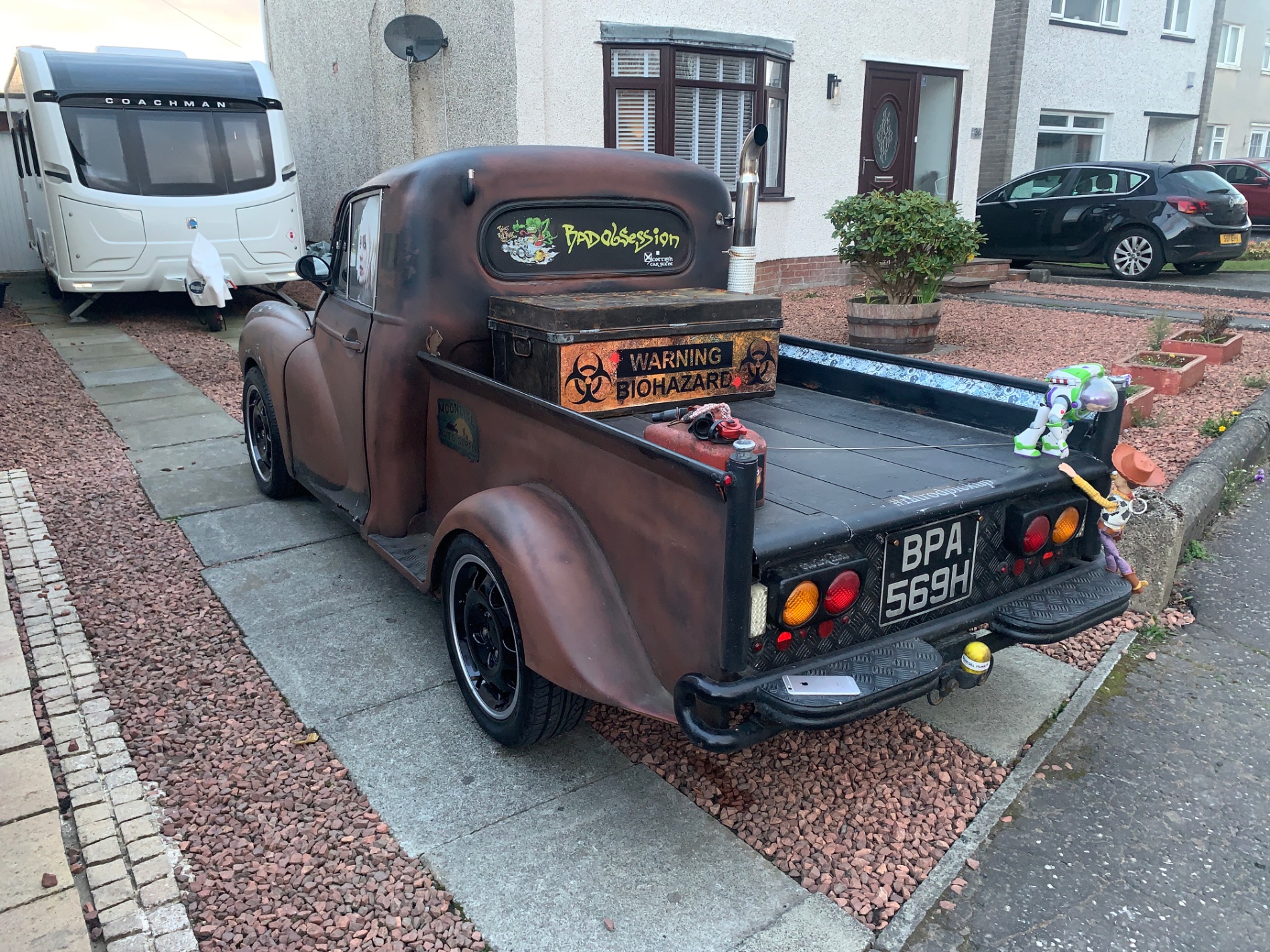 EXIF-Data show/hide
Original image recording time:
2020:04:12 19:23:31
Image taken on:
Sun Apr 12, 2020 6:23 pm
Focus length:
4.25 mm
Shutter speed:
1/102 Sec
F-number:
f/1.8
ISO speed rating:
32
Whitebalance:
Auto
Flash:
Flash fired, compulsory flash mode
Camera-manufacturer:
Apple
Camera-model:
IPhone XR
Exposure program:
Normal program
Exposure bias:
0 EV
Metering mode:
Pattern
A wee update on the truck #ratrodpickup it’s now up and running and had a few test runs , the lockdown has allowed me to fix a few of the problems like the massive oil leak it had , and fitting the new lights , new back box , etc etc
It’s new engine is super fast and we might need to pull the clutch out and fit a stage 2 unit
Having a lot of fun with it .
Roll on the removal of lockdown so we can get it back out .

Also the extended holiday has allowed me hours of free time to work on the cars luckily to have them in the garage
#roofless has had a bit of time spent on it as well , I will update it’s page soon.