Recently i felt the vibration every time i start the car. I bought new engine mounting from ESM. True enough,old mounting was bad. The new ones are softer, no more vibration. But, now i realize my oil filter touching the tie plate, the exhaust pipe touching the body. Its so obvious. Anybody experienced this before??
I wonder where i went wrong..

Since there is not much option for suppliers, if i have to rely on ESM, i have to do something about the engine height. Either add some layer on the mounting or increase the tower height. Pls advice if anybody have done this before .

That does seem very odd.

Is it possible to compare the old and new to see if the thickness of the rubber is much different.

Are the towers in good condition?

Normally the bolt is wider than the pin but if the tower is damaged the holes may be large enough for it to be fitted incorrectly quite easily.

Also have the towers sagged. Mine were so bad I cut the middle out and made a solid piece to go in. 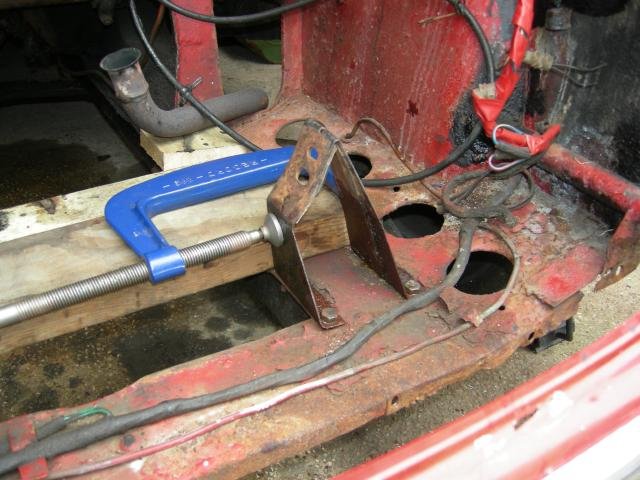 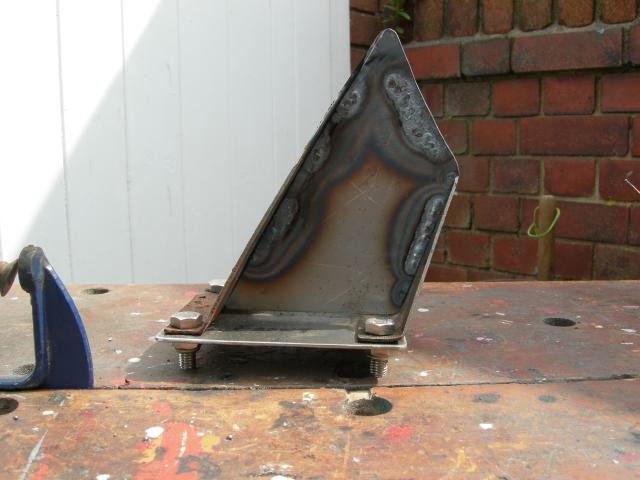 If all you have changed is the mountings, they must be allowing the engine to sit slightly differently and you'll have to carry out a little alteration I suppose to allow some clearance where there is none or realign the exhaust so that it no longer touches the bodywork? I wouldn't expect the engine to sit lower with new mountings. The opposite would seem more likely?

I checked the part number, both mounting left and right is different. The supppliers selling seperate LEFT and RIGHT. There smust be a reason. Im going to try swap left and right, to see if its solves the issue.. photo from moss.. 20 is left side.. 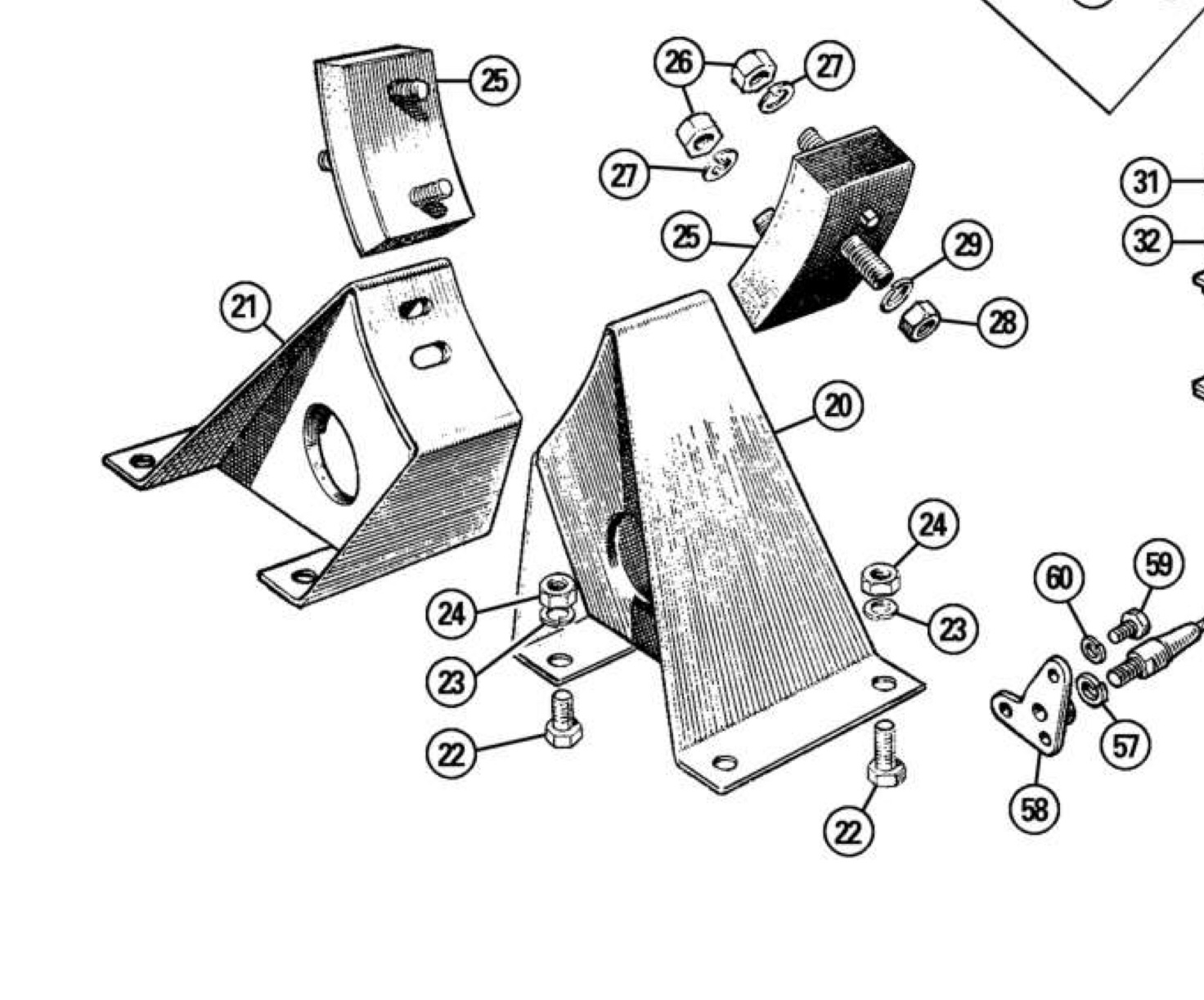 The towers are different, swapping them round will move the engine a box further forward a bit so the fan will be very close to the radiator (after you adjust the steady wire)

I think i have to loosen the all the mounting, steady bay at the bulkhead and the gearbox side. Realign the engine and gearbox all over… , is there any sequence or tips which one to adjust first. Nothing in workshop manual. Pls share some tips..

Its not in any manual, but I would;

Leave the Gearbox steady cable and the engine steady until last.

They should not alter the engine position.

and the gearbox cable stops it going forward and the fan hitting the radiator under heavy braking and also in normal driving in reduces the shear stress on the engine and gearbox mounts.

If loose I would do the gearbox mounts next, then the engine mounts as they have a bit more fore and aft adjustment in them. That way none of the mounts should be stressed against each other as that leads to the possibility of shearing the rubber against the steel backing.

The towers don't really have any adjustment in them unless the bolts holes are worn.

I would check that the engine looks straight and not tilted up at the front. Put the fan blade straight up and down and it becomes obvious if the engine is very slanted. I ask this just in case instead of the issue being with the engine rubbers it is the Gearbox ones and the tail of the gearbox is too low. That would lower the exhaust and put the oil filter on an angle.

Then adjust the gearbox cable before it is forgotten and then do the engine steady near the battery.